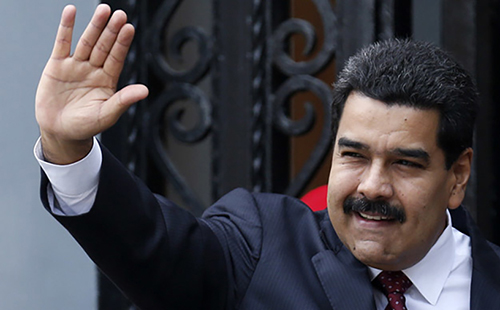 CARACAS – Venezuela's socialist government said on Friday it thwarted a coup plot this week as opponents planned to build on their biggest protest in more than a decade with further street action demanding a referendum to remove the president. Buoyed by rallies in Caracas on Thursday that drew hundreds of thousands, the opposition coalition is planning more marches on September 7 to demand a plebiscite against President Nicolas Maduro this year. But with the election board dragging out the process and Maduro vowing there will be no such vote in 2016, it is hard to see how the opposition can force it. "It was the day they wanted: massive, peaceful and inspirational. But that success leaves a key question in the air: 'What next?'" wrote pollster Luis Vicente Leon in the aftermath of Thursday's opposition-dubbed 'Takeover of Caracas'. As the Democratic Unity coalition detailed its timetable for future actions, the government convened foreign diplomats on Friday to show how the arrest of several activists and capture of weapons evidenced plans to topple Maduro by force. "We have frustrated the intended coup d'etat," Interior Minister Nestor Reverol told the diplomatic corps. Foreign Minister Delcy Rodriguez added: "Yesterday, we stopped a massacre." Like his predecessor Hugo Chavez, Maduro frequently denounces coup and assassination plans, bringing ridicule from foes who say he is inventing them to justify repression and distract Venezuelans from their economic crisis. Reverol said this week's detention of opposition activists Carlos Melo and Yon Goicoechea had led to the capture of arms and explosives in a makeshift camp a few kilometers from the presidential palace. They included a sniper's rifle, Reverol said, showing photos of the arms. He added that five policemen were injured in skirmishes with stone-throwing youths after Thursday's opposition rallies. The opposition said the troublemakers, who clashed briefly with police and National Guard troops in several parts of Caracas, were infiltrators.
Thursday's main events passed off peacefully, with the opposition saying more than a million protesters flooded Caracas, wearing white and chanting "This government will fall." They want to activate a referendum on Maduro as allowed by the constitution half-way through his term. But if it drags into 2017, and Maduro loses, it would be a Pyrrhic victory for the opposition as Maduro's handpicked vice president would take over for the ruling party. Opposition leader Henry Ramos said calling the push for a recall referendum part of a coup plot was "crazy, a psychiatric problem." "This is a government in its death throes, trying to avoid a popular vote because it knows it's finished." –Reuters