Man can survive without food, but not water, says CJP 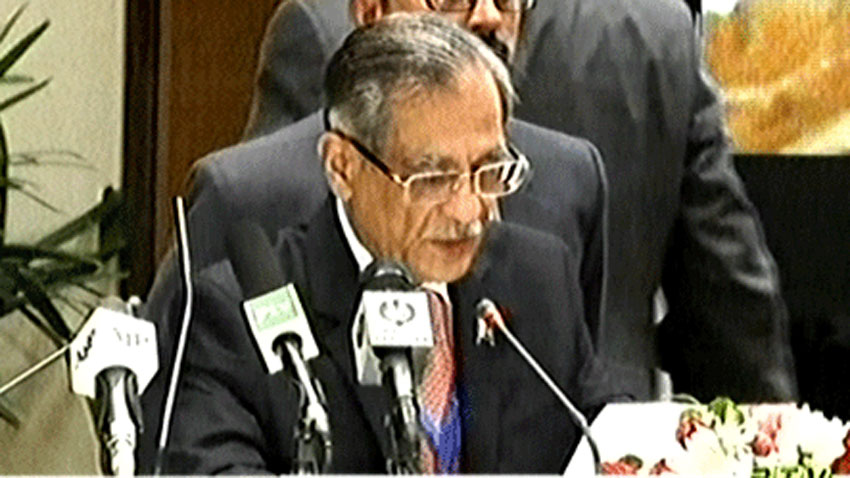 Man can survive without food, but not water, says CJP

ISLAMABAD (92 News) – Chief Justice of Pakistan (CJP) Mian Saqib Nisar has said that water is life and the man can live without food, but not without water. Addressing the opening session of two-day international symposium on “Creating a water secure Pakistan”, the chief justice said that arduous efforts are needed to save the country from becoming water scarce. Saqib Nisar said that water is what life is made for and humans can live without food, but cannot survive without water. He also said unfortunately no dedicated efforts were made during the past 40 years to construct dams and water reservoirs in the country. The CJP said that water reserves in Pakistan have decreased to an alarming level and if drastic measures are not taken now, Pakistan could run dry by 2025. He said judiciary cannot remain oblivious to this issue as it has the obligation to protect the rights of ordinary citizens. “We took this issue and passed judgment, urging the executive to play its role for construction of Diamer-Bhasha dam,” he said. He said the dam fund was created while keeping in mind that country has not much capital to construct large dams. “There was an overwhelming response from the public and even children and pensioners made contributions in this fund,” he mentioned. He said the sensitization of issue at the national level has made the nation realize the importance of water conservation and management. “Even in ordinary day life, people have started thinking of not to waste this precious source of life,” the top judge added.