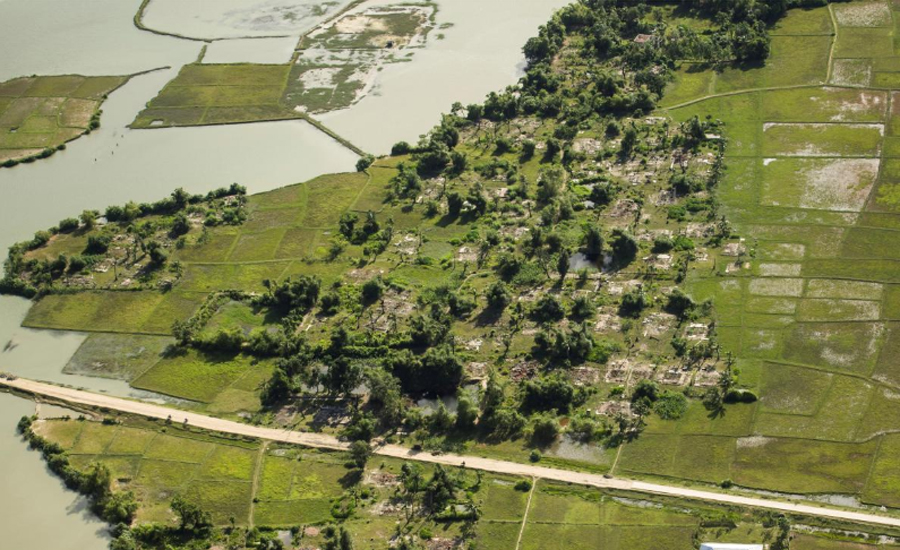 WASHINGTON (Reuters) – A human rights law group contracted by the U.S. State Department to investigate atrocities against Rohingya Muslims in Myanmar called on Monday for the urgent establishment of a criminal tribunal to bring those responsible to justice. There were reasonable grounds to believe the Myanmar military committed crimes against humanity, genocide and war crimes against the minority group, the Public International Law and Policy Group (PILPG) said in a report. The report was based on more than 1,000 interviews with Rohingya refugees who fled to Bangladesh. The Washington-based group’s use of the term genocide adds pressure on U.S. President Donald Trump’s administration to harden its own characterization of the treatment of the Rohingya, something that could oblige the U.S. government to take stronger punitive measures against Myanmar. “The international community is obliged to protect populations subjected to atrocity crimes by their own governments and ensure justice and accountability for such crimes,” the report said. It called for the urgent establishment of an “accountability mechanism,” or referral to the International Criminal Court. It noted that in similar circumstances in the past, different mechanisms had been used, including the ICC, ad hoc tribunals established by the United Nations, and hybrid or domestic tribunals established with the support of intergovernmental organizations.
The military in Myanmar, where Buddhism is the main religion, has denied past accusations that it had committed genocide against the Rohingya and says its actions were part of a fight against terrorism. Myanmar’s Embassy in Washington did not immediately respond to a request for comment on the report. The United States Holocaust Memorial Museum in Washington also issued a statement on Monday saying there was compelling evidence that the Myanmar military committed ethnic cleansing, crimes against humanity and genocide against the Rohingya. A report by U.N. investigators in August found that Myanmar’s military carried out mass killings and gang rapes of Rohingyas with “genocidal intent,” and said the commander-in-chief and five generals should be prosecuted under international law. That report called for the U.N. Security Council to impose an arms embargo and targeted sanctions as well as for the suspects to be tried by an ad hoc tribunal or referred to the ICC. However, diplomats say veto-wielding powers China and Russia are likely to protect Myanmar, previously known as Burma, from U.N. action.