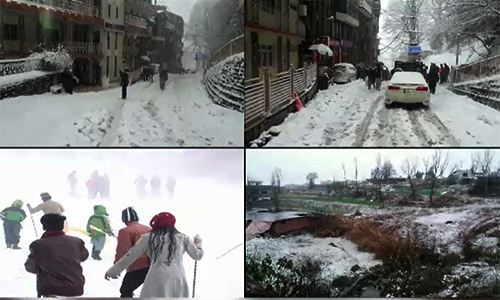 ABBOTTABAD (92 News) – The Hazara Division witnessed the record snowfall, while hundreds of tourists were trapped due to closure of Shogran-Kaghan Road.

Snowfall was also reported in Murree. Traffic on Expressway was suspended.

According to the Met Office, rain and snow will continue during the coming 24 hours.

Margla Hills were also covered with snow. A rush was witnessed in the city to see the bewitching view.