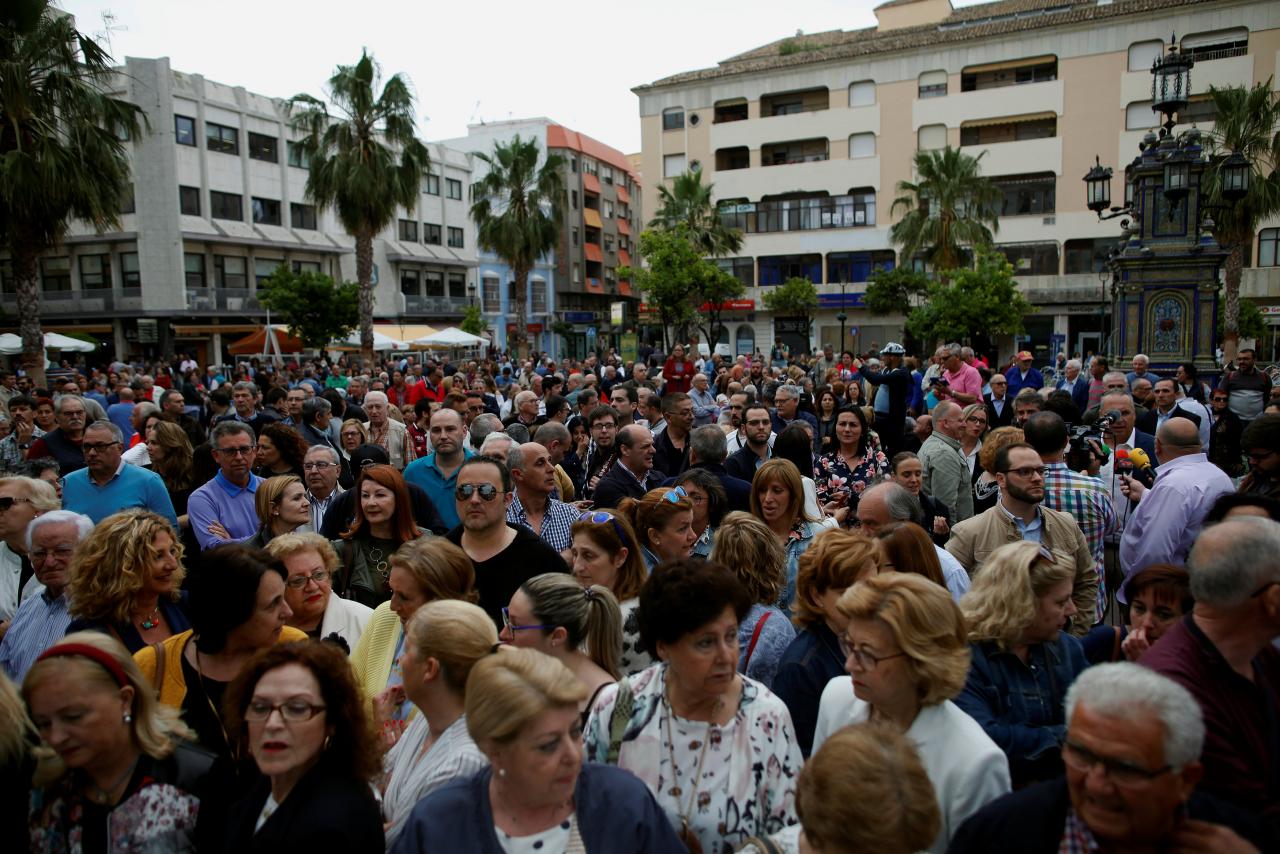 MADRID (Reuters) - Hundreds of residents gathered in the southern Spanish town of Algeciras to protest about the increasingly violent drugs trade in the underprivileged area which is an entry point for smugglers bringing hashish and cocaine into Spain. Traffickers bring consignments of drugs onto the beach in the area, often in broad daylight, and police have been physically attacked. Police unions have asked for more resources to fight the illegal trade. Residents, local politicians and police representatives gathered in the town holding a large banner reading ‘For your safety, for the safety of everyone’. Police have made huge drugs seizures in recent months in Algeciras, the Mediterranean’s largest port and a trans-shipment hub used by firms to unload cargo for redistribution in Europe or the Middle East. Nearly 9 tonnes of cocaine was found hidden among boxes of bananas in April in what the customs office said was the largest ever stash found in a single shipping container in Europe.