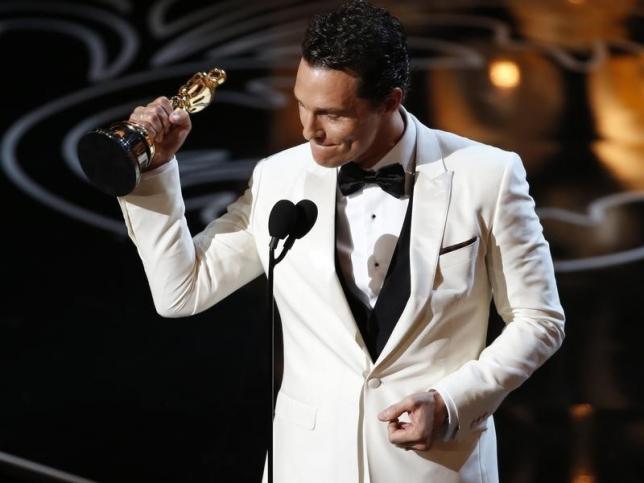 SINGAPORE – Academy Award-winning movie Dallas Buyers Club is earning fame in Asia not for its cinematic wonder alone, but as a cautionary tale for thousands of people who could face legal action for illegally sharing the 2013 film. The film's co-producer Voltage Pictures has obtained court orders in Singapore and Australia, forcing Internet Service Providers (ISPs) to reveal the names of hundreds of suspected offenders who downloaded and shared the film illegally. The scale of the crackdown has been unprecedented, identifying more than 500,000 unlawful distributors worldwide, according to Voltage Pictures. "We can only pursue a small proportion, but the hope is that will be sufficient to raise awareness of this massive problem," said Michael Wickstrom, vice president of Royalties and Music Administration at Voltage Pictures, said in an email to Reuters The film, for which Matthew McConaughey won an Oscar for best actor, is about a homophobic, rodeo-loving Texan who contracts AIDS and becomes an unlikely savior for gay patients and drug addicts desperate for treatment. The legal case has sent shivers down the spine of illegal downloaders globally. "Everyone is now warning each other not to download illegally online," said a 24-year-old Singaporean studying in the United States, who wished to be known only as Clement. Voltage Pictures has not demanded specific damages, but alleged infringers are being invited to make a settlement offer. Failure to comply will result in legal action, said Samuel Seow Law Corporation, legal representative for Voltage Pictures in Singapore. But Wendy Low, a lawyer from Rajah & Tann who has been contacted by some alleged infringers for legal advice, said court proceedings were usually not pursued in cases of small-scale downloads because of the legal costs. "The damages recoverable may be pegged to the price of a licensed movie download or a DVD, and this may outweigh the legal fees and investigation costs involved," she said. –Reuters