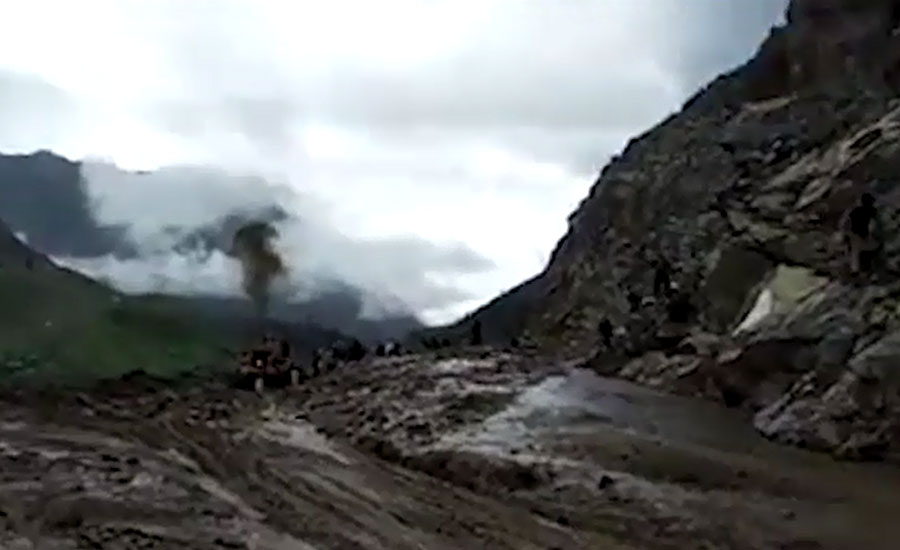 BALAKOT (92 News) – Hundreds of tourists have been stranded as Kaghan Road is blocked from several hours after land sliding on Friday. According to the 92 News report, the visitors were stuck in different areas related to Kaghan valley when land sliding disconnected the adjoining areas of Balakot and Kaghan. The visitors are facing shortage of food and fuel is running out of vehicles. The Nullas have also been flooded. Meanwhile, the rescue operation has been started and the administration demanded a helicopter to provide food and necessity items to the stranded people. It was reported that Kaghan Road is blocked at eight points between Jalkhand and Borawai due to land sliding, and called for helicopter service from the Khyber Pakhtunkhwa government for rescue work. The dead bodies of brother and sister also recovered buy je rescue team in relief operation. The PDMA also reported that three person among a woman and minor killed during the rain-related incidents in Khyber Pakhtunkhwa. National Disaster Management Authority (NDMA) Chairman Lieutenant General Muhammad Afzal said that the glaciers are melting speedily and the flow of water disturbed due to increase of population in the routes. 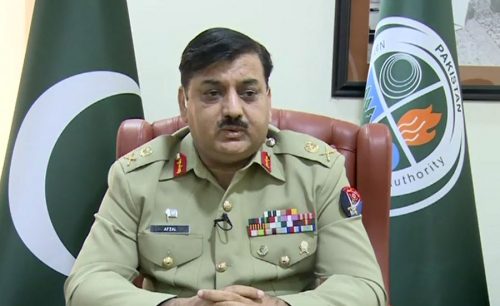 The Flood Forecasting Division (FFCD) has predicted high floods in River Jhelum and Chenab. On the other hand, all institutions including Pakistan Army fully alert for avoiding any untoward situation. Earlier today, at least three children were killed and five injured including a woman in separate roof collapse incidents in Lahore. According to the details, three children were killed after the rain-affected roof of a house collapsed in Mominpura area of Lahore. Rescue 1122 and police said they responded to an emergency call to find the roof a house caved in and people trapped inside the debris. Rescue teams reached the spot and retrieved the dead and injured from the rubble. The injured were shifted to a nearby hospital. Meanwhile, the intermittent rain continues in different parts of country. The monsoon rain continued in Islamabad and Rawalpindi in third consecutive day. The rain-related incidents are increasing and down areas of cities have filled with rainwater. The citizens are facing difficulties in the daily routine works. The Pakistan Meteorological Department has forecasted that rain-thundershower associated with gusty winds is expected at scattered places in Karachi Faisalabad, Peshawar and Kashmir, while at isolated places in Malakand, Peshawar, Kohat, Mardan, Bannu, Zhob, D.G.Khan and Sahiwal divisions during next 24 hours.