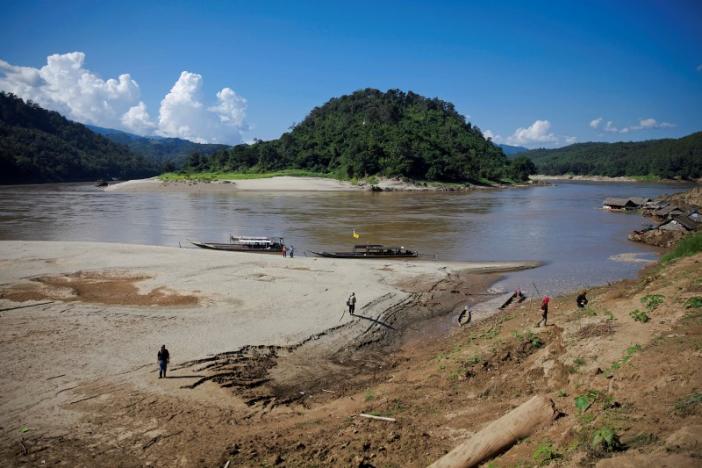 YANGON - Electricity-starved Myanmar is looking to overhaul its long-term power strategy, aiming to hike the planned share of hydropower in its energy mix at the cost of polluting coal as it tries to attract foreign investment. The new democratically-elected government of Aung San Suu Kyi has made job creation one of its top priorities in what is Asia's sixth-poorest country. However, with half of its people without access to electricity and major cities experiencing blackouts, finding investors is tough. Even tougher is getting them to back coal-fired plants given environmental concerns. Myanmar's initial plan was to boost coal's share to a third by the end of the next decade from just 3 percent now and to slash the contribution of hydro to 38 percent from 63 percent, according to the plan shown to Reuters by officials at the Ministry of Electricity and Energy. But most people are "reluctant to implement coal-fired power plants, that's why we won't be able to implement the planned coal power plant projects," said Aung Ko Ko, director of hydro and renewable energy planning branch at the ministry. "Hopefully hydropower will be the majority in the new plan," he said, estimating its share at 50-55 percent by 2030-31. Imports of liquefied natural gas (LNG) could make up for some of the drop in coal use, Aung Ko Ko added. Nine key ministries, including energy, industry and mining, have met in the capital of Naypyitaw to coordinate their energy strategy with the aim to have a draft master plan ready by the end of the month, and under scrutiny are 49 hydropower projects approved by the previous government. Myanmar is reviewing these to see how quickly - if at all -they can be completed, how many more would be needed and how to secure funds, as it seeks to boost its power capacity to make the most of an unprecedented economic revival after 49 years of military rule that ended in 2011 and to sustain an economic growth rate of about 8 percent - one of the world's fastest. "The new government realizes these projects should be prioritised. She (Suu Kyi) allowed us to talk with potential international lending facilities like the ADB," a senior official at the department of hydropower implementation of the Ministry of Electricity and Energy said, referring to the Japan and U.S.-led Asia Development Bank. Several dams and power plants in Myanmar have until 2011 been financed by China and, while the West has since shown eagerness to provide financing for electricity projects in the country in a bid to increase its influence there, experts say shifting away from Beijing will not be easy. LIST OF 49 Of the projects under review, some 31 include Chinese investment and involve 11 Chinese companies. It lists names such as Beijing-based conglomerate Hanergy Holding Group Ltd and state-owned CPI Yunnan International Power Investment Co that is behind the controversial $3.6-billion Myitsone megadam project. The 2011 cancellation of the Myitsone remains a sore point between the two countries. Myanmar suspended the project citing environmental worries, but the decision was also seen as an attempt to distance itself from Beijing, an uncertainty that has stymied subsequent investment decisions. China has been asking to restart Myitsone, and finding a solution is crucial for Suu Kyi as she needs China's help in talks with ethnic minority armed groups, many of whom operate on the border between the two countries. A resolution could also help unlock more Chinese funds. "In my opinion, the developers of these projects (on the list) cannot get loans from Chinese banks because of the problems with Myitsone," said the energy ministry official at the department of hydropower implementation. Five projects on the list that are sponsored from Myanmar's budget have faced delays because the country does not have enough money to finance them, the official said. Seven others are being built by local firms. The rest will need to be financed by cooperation with foreign investors. For some of the long-stalled hydropower projects, Myanmar may open fresh tenders and seek loans from international lending facilities, the official said, adding that the World Bank and ADB, among others, were interested in supporting electricity and energy projects in the country. The private-sector lending arm of the World Bank, the International Finance Corporation (IFC), is reluctant to finance coal projects because of environmental concerns, said Vikram Kumar, who heads the IFC's operation in Myanmar. As of now, power consumption in Myanmar is one of the lowest in the world. Its per capita use averaged 164 kilowatt hour in 2013, according to the World Bank, the 11th lowest in the world and roughly on par with Sudan and Togo. "We need investment from abroad ... so many factors, so many risks, so many transactional challenges faced by the foreign investor - JICA (Japan International Cooperation Agency), IFC, World Bank and ADB have asked the government how to optimize and overcome these challenges," said Aung Ko Ko. "But the government is very new and they need time to optimize the power sector development." -Reuters