Hurdles emerge for stocks after rally 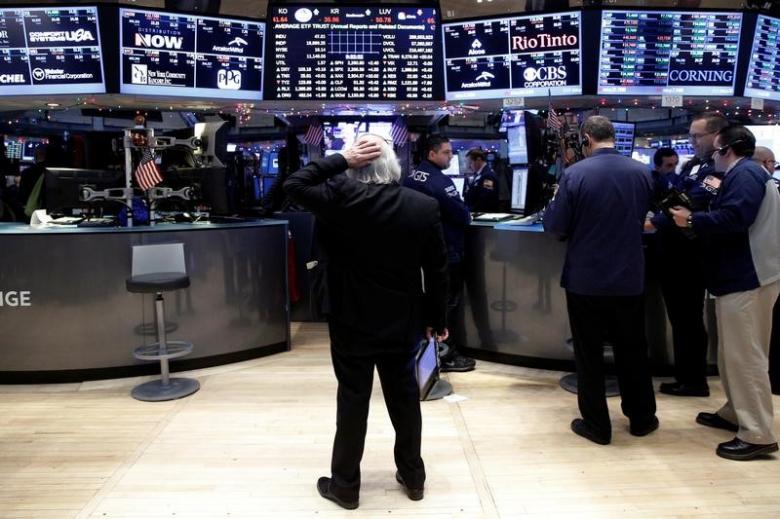 Hurdles emerge for stocks after rally

NEW YORK – Benchmark US stock index rallies, in anticipation of fiscal stimulus measures by the incoming administration of President-elect Donald Trump, could also be laying the seeds for equity market troubles from a stronger dollar and rising bond yields.
The S&P 500 stock index .SPX has surged over 8 percent since the Nov. 8 election, due in large part to sectors that are expected to benefit from an inflationary policy. The S&P financial sector .SPSY has led the charge, with a gain of more than 17 percent. "We are putting fuel on the fire here potentially, because nothing has actually happened, everybody is acting like it is already happening," said Richard Bernstein, chief executive officer of Richard Bernstein Advisers in New York.
Those expectations, along with improving economic data and the US Federal Reserve's recent decision to raise interest rates while signaling a quicker pace of hikes next year, have also served to strengthen the dollar and push bond yields higher.
It is the rising dollar that risks undercutting the earnings of large multinational firms, just when the overall earnings from S&P 500 companies were ending an earnings recession in the latest quarter. And while rising bond yields may be beneficial to banks, they lift the overall cost of capital for companies and shrink the relative valuation advantage stocks have had over fixed income investments since the financial crisis. "The thought is that earnings will be better and the economy is strong enough to be able to withstand higher interest rates, and that is why we're not seeing a decline in stocks," said Paul Nolte, portfolio manager at Kingsview Asset Management in Chicago. "That being said, the stronger dollar and higher interest rates will at some point filter through to earnings. It's just a matter of when and how." The dollar .DXY hit a 14-year high of 103.56 against a basket of major currencies following the Fed's announcement on Wednesday. Stocks also appear to be getting pricey, with the current price-to-earnings ratio for the S&P 500 at 20.8, well above its long-term average of 16.6, according to Thomson Reuters data. Higher bond yields is also increasing bonds' attractiveness over equities. The S&P 500 dividend yield is 2.07 percent versus a yield of almost 2.6 percent for the benchmark 10-year U.S. Treasury US10YT=RR after its sixth straight week of gains. "That is a big valuation disconnect, that will continue to keep people invested in bonds," said Greg Peters, Senior Investment Officer at PGIM Fixed Income in Newark, New Jersey. These twin challenges for equities could be mitigated, however, should the economy continue to improve. A climb in rates and the dollar are hallmarks of economic growth, provided the increases happen at a steady pace. "This economy is in good shape in our view," said Ryan Detrick, senior market strategist at LPL Financial in Charlotte, North Carolina. "So, rates are rising for the right reasons and the economy is proving that, and that should be a potential positive for equities." –Reuters