Hurricanes coach Boyd leaves with side in good standing 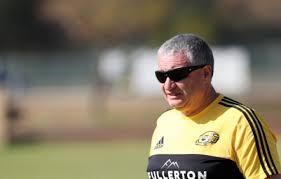 Hurricanes coach Boyd leaves with side in good standing

WELLINGTON (Reuters) - While the Wellington Hurricanes were well beaten  Super Rugby semi-final, coach Chris Boyd can head to his new job with Northampton safe in the knowledge he has turned the New Zealand side into contenders after years of failure. The Hurricanes’ 30-12 defeat by the Canterbury Crusaders brought Boyd’s four-season involvement with the team to an end and the Saints will now be hoping the 60-year-old can replicate the success he had in Super Rugby at the English Premiership. “We have had some consistency,” Boyd said. “In four years we have had two finals and two semi-finals. That’s a reasonable effort. “I think the expectation of the Hurricanes now is to be there or thereabouts all the time and I think that’s the right space to be.” Despite boasting All Blacks greats such as Jerry Collins, Tana Umaga, Conrad Smith and Ma’a Nonu down the years, the Hurricanes appeared in just one title decider — the infamous “Fog Final” of 2006 where they lost to the Crusaders — before Boyd and assistant John Plumtree took control in 2015. Building on foundations laid by former All Blacks hooker Mark Hammett, Boyd and Plumtree, who takes over the side next year, turned the Hurricanes into a team consistently considered among the top four in the competition. The coaching duo produced a far more abrasive and competitive pack, which gave an all-star backline the ability to exploit the quick, clean ball their forwards were delivering. The team also developed one of the fastest defensive lines in the competition, getting off the ground quickly, up into the opposition’s runners and then driving them back in the tackle. This season, after losing to the Bulls in their opener, they won 10 successive games but had begun to struggle from about May and a narrow 38-34 victory over the lowly Queensland Reds was an indicator of trouble ahead. Their forwards were suddenly unable to impose themselves and the backline, at its most effective with flyhalf Beauden Barrett and inside centre Ngani Laumape running from depth, looked stilted and prone to shuffling across field. The loss of under-rated centre Matt Proctor to injury coincided with their slump as the Hurricanes lost four of their final five regular season games. While they found some form to beat the Waikato Chiefs 32-31 in the quarter-finals they were never a match for Crusaders in Christchurch. “We didn’t dominate any part of that game,” Boyd said. “When you’re up against a team that’s chocker full of All Blacks, and good players, and are a well organised side, if you don’t dominate something you’re not going to have anything to hang your hat on. “(But) at the end of the day, I’m proud to have been involved with the Hurricanes ... it’s a good crew to work with, I’ve really enjoyed the team.”