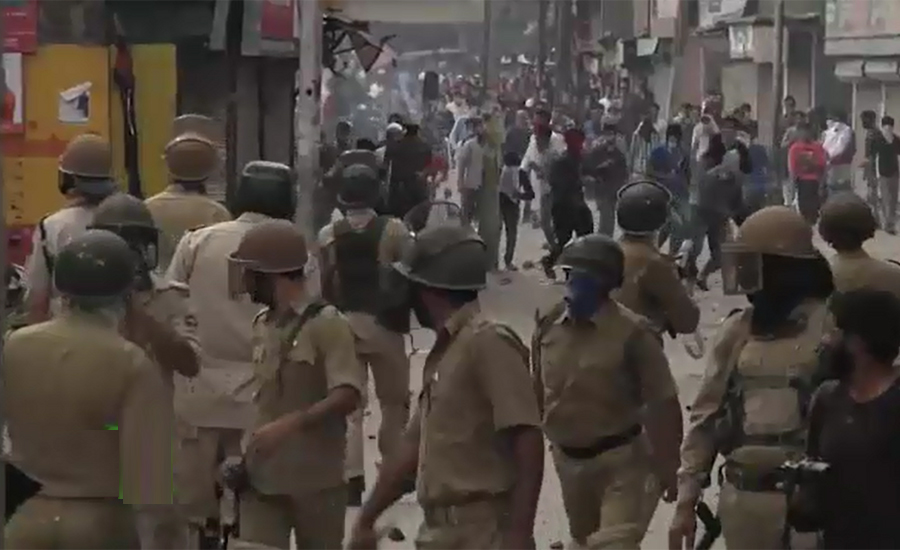 SRINAGAR (92 News) – In Indian Occupied Kashmir, Hurriyat leaders have given a call for a complete shutdown to mark the International Human Rights Day as black day. The Indian state terrorism is going on in the occupied valley. The objective of the call is to draw attention of the world towards the gross human rights violations being committed by Indian troops in the occupied territory. In a statement, Joint Resistance Leadership comprising Syed Ali Gilani, Mirwaiz Umar Farooq and Muhammad Yasin Malik said that Occupied Kashmir is the most militarized zone of the world where all rights of the people, including right to life, have been snatched by Indian troops. The leaders appealed to international human rights organizations to take cognizance of the grim human rights situation in Occupied Kashmir and impress upon India to stop its state terrorism in the territory. Meanwhile, three Kashmiris were martyred by Indian forces during cordon and search operation.