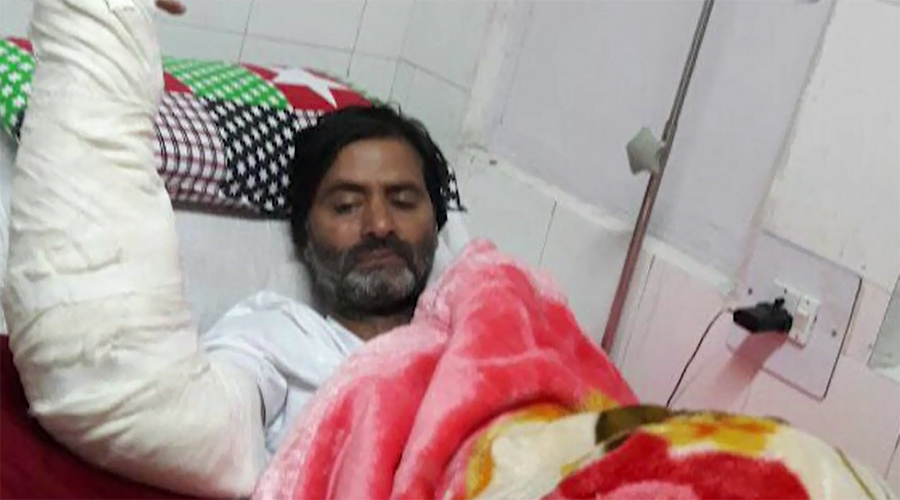 SRINAGAR (92 News) – Hurriyet leader Yasin Malik has on Sunday been shifted to an Intensive Care Unit (ICU) after his health severely deteriorated. Malik was admitted at the hospital after he suffered severe infection in his right arm due to a wrong injection. “A team of doctors immediately admitted him to ICU and started treating his arm that was in severe pain due to swelling and infection,” said a JKLF spokesman today. “For the whole night all the senior and junior doctors worked hard to save his (Malik’s) right arm and managed to reduce the swelling to some extent.” He alleged that the government “revengefully” placed Malik in solitary confinement at the time of his arrest on July 9. Even at the time of arrest he was taking high antibiotics but instead of providing him a healthy environment, authorities revengefully placed him in solitary confinement with virtually no medical facilities available. On 30th July 2016 he was shifted to central jail Srinagar and ban on his visitors remained unchanged and so did the denial of proper medical care to him.