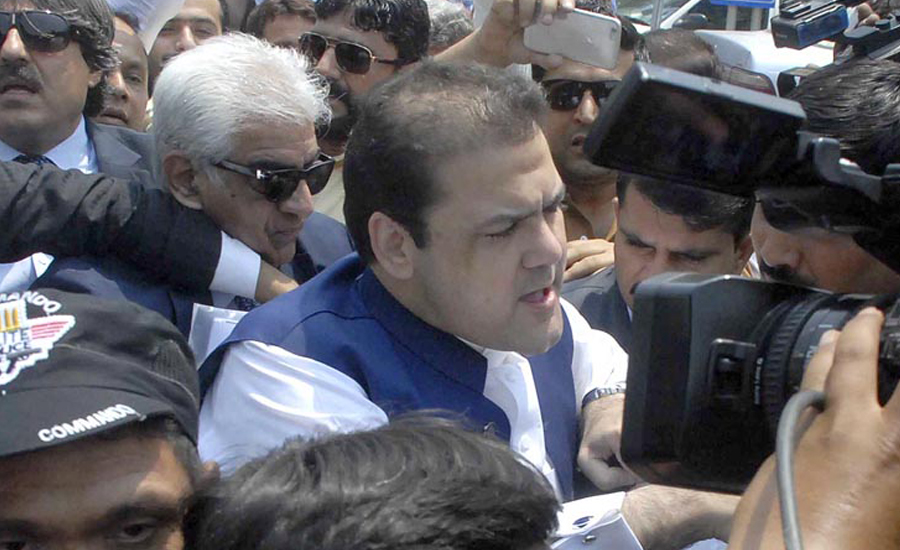 Earlier, Hussain Nawaz had appeared before the JIT at Judicial Academy along with his lawyer and was grilled by the JIT for around 6 hours. He also handed over all the record about the London flats and offshore companies to the JIT.

On the other hand, NBP President Saeed Ahmed had also appeared before the JIT. Saeed Ahmed is being investigated about documents of Hudaybia Papers Mills.

Later, talking to media, Hussain Nawaz said that he had answered all types of questions of the investigation team, adding that he had objected to two members of the JIT and would again move court if he felt partiality.

He said that he would appear before the JIT whenever he would be summoned. “No wrong will prove against my father, sister and brother,” he claimed.

Previously, the JIT had issued a notice to the prime minister’s son directing him to appear before the investigating team.

The JIT had stated in its summon: “You were called upon to appear before the JIT on Monday, May 25, 2017 along with relevant record, however, despite receiving the summon on May 19, 2017 you did not appear. You were issued another summon on May 25, 2017 to appear on May 28, 2017 along with relevant record as specified therein but you appeared before JIT the without any record and also refused to answer any of the questions put forth by the investigation team on the pretext that the matter is subjudice as you had filed a petition before the apex Court and requested for another date.”

The JIT said that legal action would be taken if he again failed to appear before the investigating team.