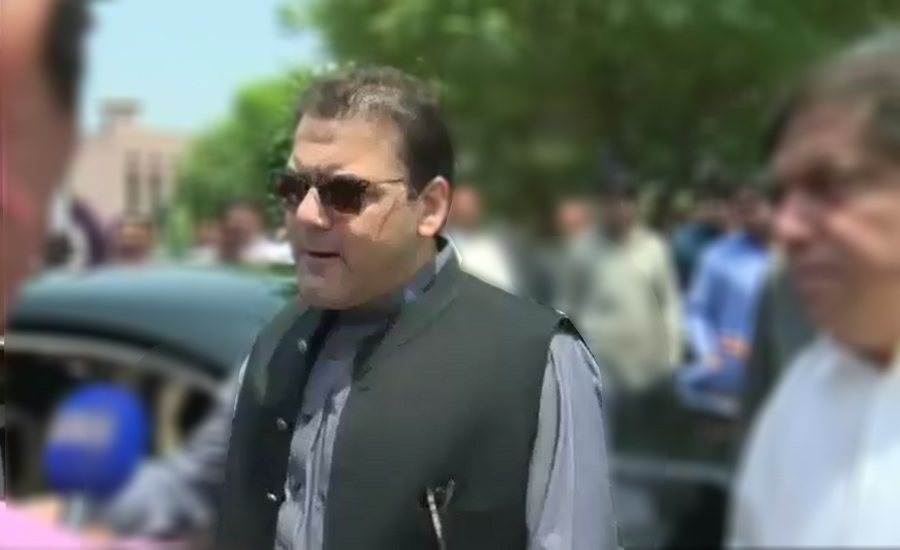 ISLAMABAD (92 News) – As Prime Minister Nawaz Sharif is fighting for his political future on Wednesday after judicial investigators ruled his family had accumulated unusual wealth, with his allies denouncing the findings and vowing he would clear his name, Hussain Nawaz has on Thursday left for United Kingdom.

Hussain Nawaz left for London on a private airline flight EK-615. He will reach Britain via Dubai.

Earlier, an official investigation into corruption allegations against Nawaz Sharif and his family had found a significant disparity between their declared wealth and known sources of income.

Sharif, who had previously denied allegations of abusing his authority to enrich himself, has been under pressure since documents leaked in 2016 from a Panama-based law firm disclosed that his family had offshore accounts.

Sharif and members of his family have appeared before a team appointed by the Supreme Court to investigate their offshore companies. Sharif has faced corruption allegations since coming to power in parliamentary elections in 2013.

"There exists a significant disparity between the wealth declared by the respondents and the means through which the respondents had generated income from known or declared sources," the report said, according to a partial copy released to reporters.

The report suggested that the courts pursue action based on a 1999 accountability law intended to help stamp out corruption. But the final decision rests with the Supreme Court, which will take up the case next Monday.

On the other hand, the ruling Pakistan Muslim League-Nawaz (PML-N) rejected the Joint Investigation Team's report submitted to the Supreme Court today describing it as trash.

Addressing a news conference in Islamabad this evening, Minister for Planning Ahsan Iqbal said the report is a compilation of allegations hurled by the PTI.

A minister from Sharif's ruling party dismissed the report, saying its findings were "unsubstantiated." "The report contains no substance of corruption, tax fraud or any wrongdoing," said Ahsan Iqbal, the minister for planning and development.