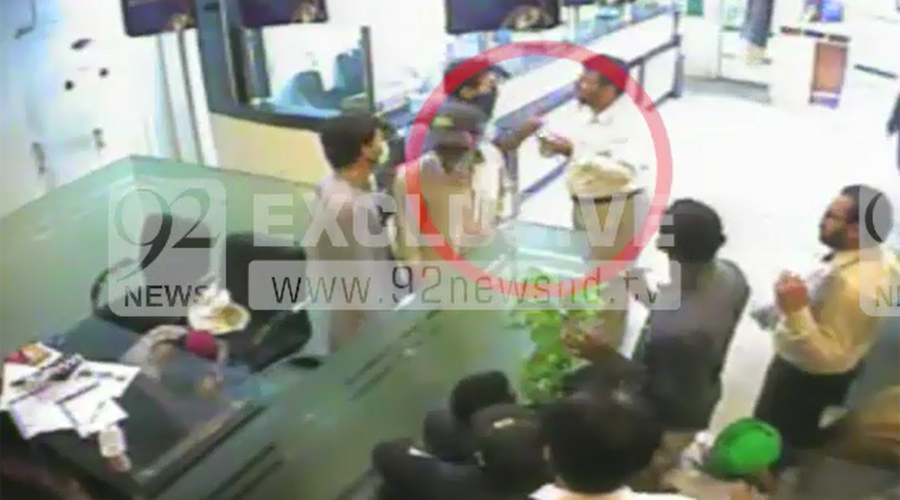 HYDERABAD (92 News) – Three dacoits involved in a bank robbery in Hyderabad were killed in an encounter with the police on Friday. The dacoits had taken away Rs 1.3 million from a private bank at Liberty Chowk. A dacoit was injured in the shootout with the security guards. However, they managed to escape. Later, the three dacoits were arrested from Bhatainagar. According to the police, they raided a place to arrest the dacoits’ accomplices who opened fire on them. Their accomplices tried to get the arrested dacoits released. However, all the arrested dacoits were killed in the shootout. The SSP said that the dacoits were identified as Fahad Memon, Asadullah and Manzoor. 92 News has obtained the CCTV footage of the robbery.