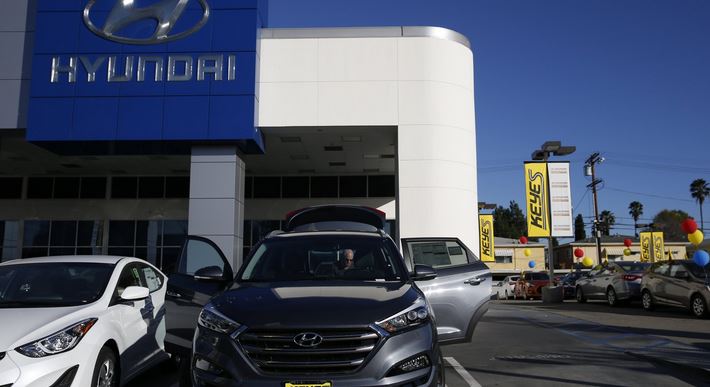 SEOUL (Reuters) - Hyundai Motor Co and its affiliate Kia Motors have appointed new heads for global product strategy and design in a management reshuffle after its heir apparent was promoted last month. The changes come after Euisun Chung was promoted as executive vice chairman in September to a role of overseeing the conglomerate, moving him a step closer to succeeding his octogenarian father as head of South Korea’s second largest group. They also come days after Hyundai Motor Co announced a plunge in third-quarter net profit that sent its shares tumbling to near nine-year-lows. Hyundai and Kia have also created a new division dedicated to artificial intelligence, they said in a joint statement on Monday. Thomas Schemera will oversee their global product strategy, while Luc Donckerwolke will be their design head. Donckerwolke replaces Peter Schreyer, who last month took over a new role as head of design management. The head of Hyundai Motor’s US operation, Lee Kyung-soo, also stepped down to become an adviser to the company.