I am being punished for serving country, says Nawaz Sharif 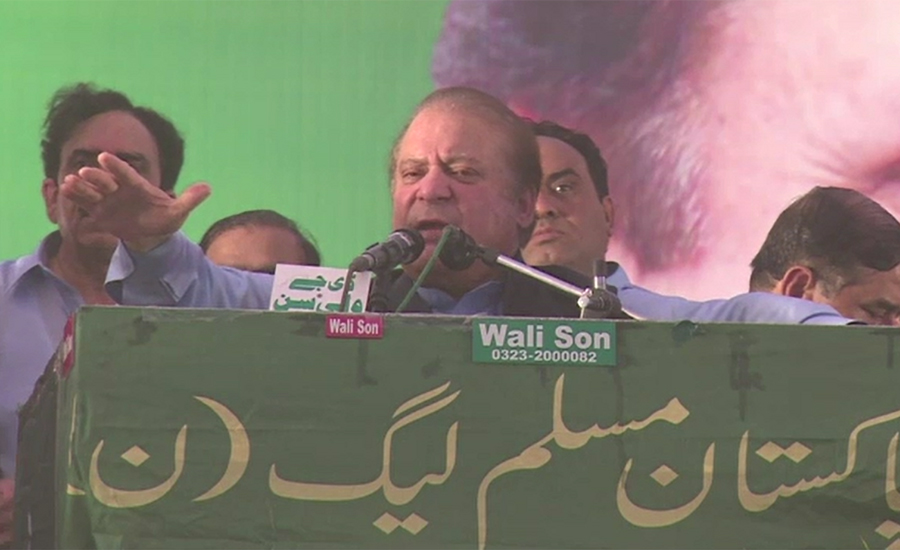 I am being punished for serving country, says Nawaz Sharif

MIANI (92 News) – Former prime minister Nawaz Sharif has said that he is being punished for serving the country. Addressing the workers convention on Friday, he said that the elections should not be delayed even for an hour. He said that incomplete projects were inaugurated in Khyber Pakhtunkhwa. “If someone wants to see progress, he should visit Punjab,” he claimed. The former prime minister said that where the corruption is. “Show me the corruption of a single penny,” he said. He said that people’s votes could overturn the verdict against him. “The country was heading towards progress when the verdict was pronounced against me,” he said. Nawaz Sharif said that the Liar Khan and other political parties are afraid of the elections. “I have been accused of traitor on the basis of a newspaper interview,” he said. Maryam Nawaz said that why the National Security Committee meeting was not summoned on the book of Asad Durrani. “The vote has not been given respect during the last 70 years. Now it will get respect,” she maintained. She said that Nawaz Sharif did not let the PML-N government collapse. “The prime minister elected by your votes has been ousted for on the basis of ‘Iqama’,” he said.