'I am confident of winning this Test' – Sarfraz Ahmed

'I am confident of winning this Test' – Sarfraz Ahmed

DUBAI (92 News) - Pakistan skipper Sarfraz Ahmed is confident ahead of the second Test against Australia and says he is proud of how his team showed fight in Dubai.

After reducing Australia to 136/3 in pursuit of a 461-run target, Pakistan were best placed for victory at the Dubai International Cricket Stadium in the first Test. Australia scripted a strong fightback on the final day, however, finishing at 363/8 to hold the hosts to a thrilling draw. While Ahmed was disappointed at not crossing the finish line, he didn't think that would affect his side going into the second and final Test of the series.
"As a captain, I am confident of winning this Test match. I am proud how my team responded in the first match," Ahmed said ahead of the second Test, which begins in Abu Dhabi on Tuesday, 16 October.
"Things went well for us for four and a half days but, unfortunately, we couldn't win the match. Credit goes to Australia. They fought really hard on the last day. But, the way we played the first Test match, I am very proud of my team. "There's no such fear [of losing]. The morale in the camp is high. All of our batsmen scored runs. Bowlers put up good performances. We have a good opportunity to perform well in this Test match and win the series."

It is important for us to score at around 3-3.5 an over as if you don't do it then you go almost a day behind in a Test

The hosts have brought in opener Fakhar Zaman in place of injured Imam ul Haq in their 12-man squad for the second Test. Pacer Wahab Riaz, on the other hand, has been left out to accommodate leg-spinner Shadab Khan, who could not play in Dubai due to a groin injury. Zaman, who has not yet made his debut in Test cricket, is likely to get into the playing XI as the team looks to up their scoring rate. "Fakhar was brought in so he can score quick runs," Ahmed said. "Teams around the world are now including batsmen who can score quickly in a Test match, especially in conditions such as here. We scored at a healthy rate throughout the first two sessions [of the first Test] and scored almost 200 runs. But, we lost two quick wickets and from there we had to rebuild our innings again. It is important for us to score at around 3-3.5 an over as if you don't do it then you go almost a day behind in a Test match." 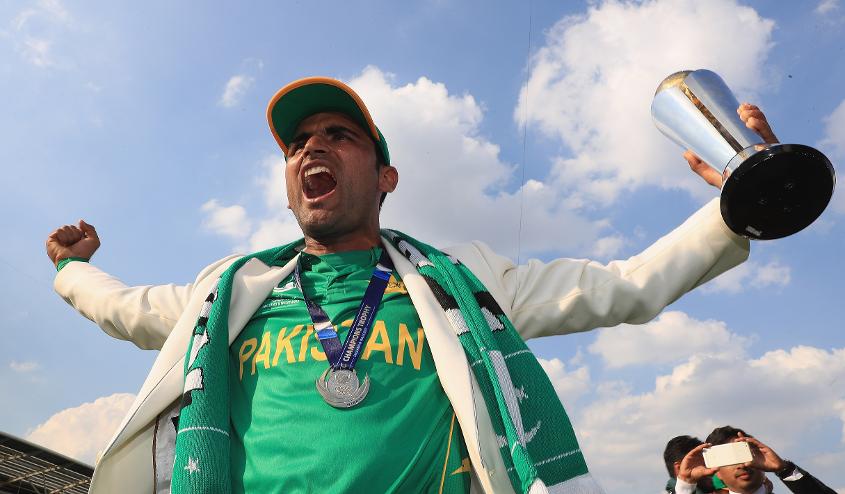 Pakistan rued a few missed chances to dismiss the visiting batsmen in the fourth innings in Dubai, two of which came down to the reviews they did not take – reviews, that would have led to Australian wickets. One such chance was against centurion Usman Khawaja, who was at the crux of the visitors' comeback on the final day. "There are a lot of things that need to be taken into consideration while you are going for a review. We have only 15 seconds to make the call," Ahmed said. "So, I guess, some margin of error needs to be given for an error of judgement. Umpire's call plays a huge role when a review is taken. If it is given out and the review shows the ball clipping the bails, it is adjudged out. But, when it is not out, if the impact is minutely outside the line it will be given not out. "When it is LBW, it is usually the wicket-keeper and the bowler. But, the fielders in front of the batsman also play a role when it comes to reviewing a decision. Like, it happened in Mitch Marsh's case. After the umpire had missed that the ball clipped the pad first, it was our guy at the mid-on who thought that the ball had hit the pad first."