LAHORE (92 News) – Minister for Railways Sheikh Rasheed has said he was going to be in the Public Accounts Committee (PAC) as a member for accountability of Opposition Leader in NA Shehebaz Sharif. Talking to the journalists in Lahore, the minister said that he has requested to be made a member of the Public Accounts Committee (PAC), in order to keep a check on the body headed by Shehbaz Sharif. “I have requested a seat on the PAC. Legally and constitutionally, no one can bar me from becoming a PAC member,” Shiekh Rasheed said “Stop me if you can, I am going to the PAC,” he added. The railways minister said appointing Shehbaz, who is facing a graft investigation, as the PAC chairperson is political dishonesty. “It was a bad call by the Pakistan Tehreek-e-Insaf (PTI) government. However, I stand by Prime Minister Imran Khan if he took this decision to save the assembly,” he added. He said Shehbaz Sharif himself said he would not look into audits of cases from the term of Pakistan Muslim League-N’s (PML-N) government. “Shehbaz Sharif can conduct audits of other matters, I will conduct audits of his matters and will hold the PML-N accountable in parliament. How can this happen that those wanted to NAB [National Accountability Bureau] ask NAB to appear before them,” he added. Rasheed also used the occasion to give a few tips to the Pakistan Peoples Party (PPP) Chairman Bilawal Bhutto Zardari and said if Bilawal wants to be a politician, he should try to become the next Zulfikar Ali Bhutto and not the next Asif Ali Zardari. 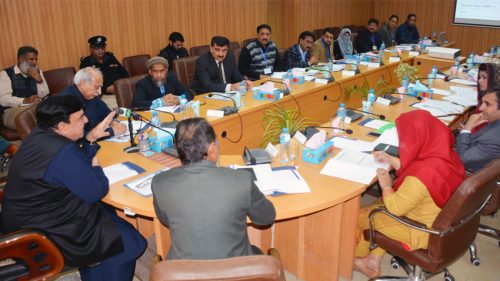 Sheikh Rasheed said cleaning system in trains and Railway Stations should be improved and encroachments outside of Stations be removed. He said this while presiding over a meeting with Railways Officers and Divisional Superintendent Railways in Multan on Sunday. The minister directed to increase Freight operation from Multan and to complete the construction work of Sahiwal and Bahawalpur Stations. He also directed to fix 25 acres Agri land of Railways for ten plant nurseries. Rasheed also visited Railway Station and Hospital and advised to improve cleanness and other facilities.