I am neither a liberal nor corrupt and hypocrite: Bilawal Bhutto 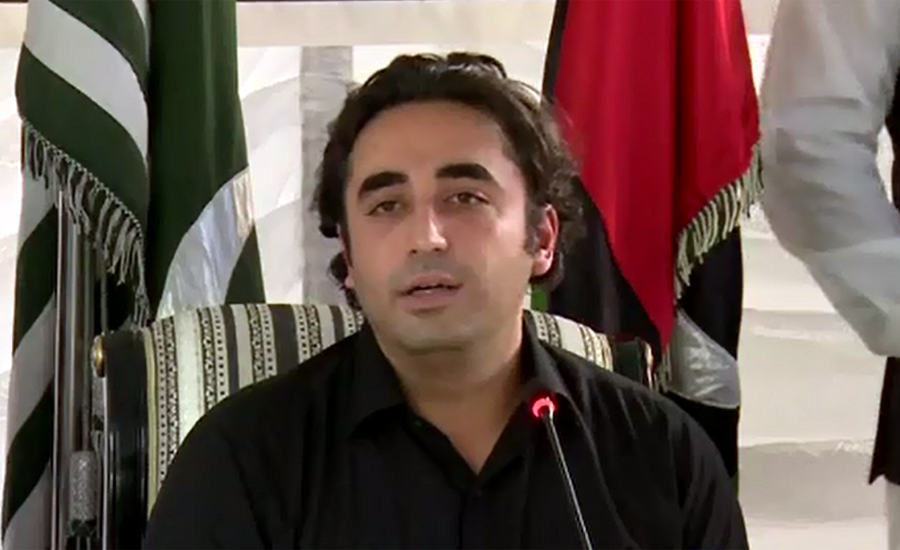 I am neither a liberal nor corrupt and hypocrite: Bilawal Bhutto

ISLAMABAD (92 News) – PPP chairman Bilawal Bhutto Zardari has said that he is neither a liberal nor a corrupt and hypocrite. Reacting to the statement of Prime Minister Imran Khan on Twitter, he said that he was ideological and progressive. “I am in politics for last one year and you are a 70-year-old man. You have been doing the select politics for the last 20 years,” he said. https://twitter.com/BBhuttoZardari/status/1196400785086656512?s=20 The PPP chairman said that Imran Khan’s recognition is U-turn, hypocrisy and puppet. On November 15, PPP chairman Bilawal Bhutto Zardari had said that the ‘selected’ prime minister would have to go. Talking to the media after a meeting of PPP Core Committee, he said that the government’s economic performance is worst. “The Pakistan government has surrendered to the International Monetary Fund (IMF). The masses are suffering the loss of the policies of the government in the form of taxes and price-hike,” he said. The PPP chairman said that the manifesto of his party is welfare. “It is duty of the PPP to fight the war of masses’ economic rights,” he said. Bilawal Bhutto said that they are standing with the Kashmiris. “Our struggle for the Kashmir cause and Kashmir masses will continue,” he said. “The PPP will observe its foundation day in Azad Kashmir.” He was of the view that the chances of the removal of the prime minister had increased. He said that an historic was made on Occupied Kashmir. “Our Kashmiri brothers have been put into an open jail.” He said that the PPP had fulfilled its promises. “It was our stance from the day one that we will only participate in the Azadi March which has been successful. I also twice participated in it,” he said. He declared the PPP’s protest program and public contact move would continue.