I am still NA speaker, CEC should have shown some tolerance: Ayaz Sadiq 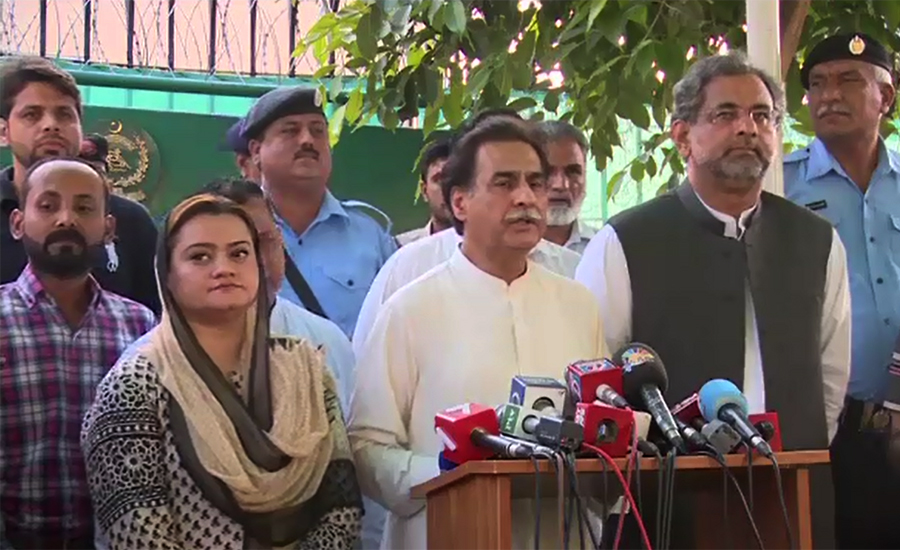 I am still NA speaker, CEC should have shown some tolerance: Ayaz Sadiq

ISLAMABAD (92 News) – PML-N leader Sardar Ayaz Sadiq has said that he is still speaker of the National Assembly and the chief election commissioner should have shown some tolerance. Talking to the media along with Shahid Khaqan Abbasi and Marriyum Aurangzeb outside the Election Commission of Pakistan on Saturday, he said that they had come to the office to meet the CEC and members and talk about Form 45. “No polling agent was given Form 45,” he added. He said that the results were not announced until July 26 afternoon. “The vote recount is not being done in the constituency of Khawaja Saad Rafique,” he said. Ayaz Sadiq said that they waited for the CEC and members for a lot, but they did not meet them. “I did not expect that the CEC will leave without meeting us,” he added. The speaker said that it was not prerogative of Imran Khan, but the ECP, to open the constituency.