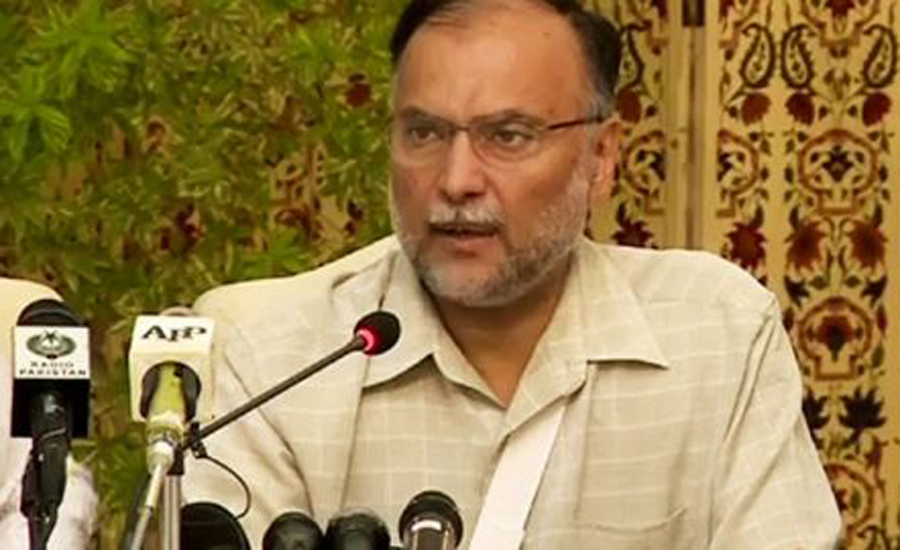 NAROWAL (92 News) – PML-N leader Ahsan Iqbal has said that he had never met Reham Khan, former wife of Imran Khan. Talking to the media on Tuesday, he said that he was forcibly being dragged into the matter of a couple. The interior minister said that Imran Khan had not contracted the marriage with Reham Khan on his will. “There is no need of a book to show incompetence of the PTI chairman,” he added.