I returned Zardari’s favour by giving him a sugar mill: Zulfiqar Mirza 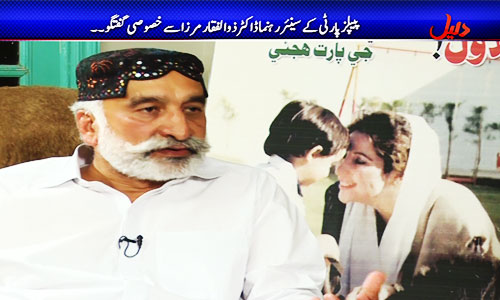 I returned Zardari’s favour by giving him a sugar mill: Zulfiqar Mirza

KARACHI: Pakistan People’s Party (PPP) leader Zulfiqar Mirza has said that he has returned the favour of party co-chairman Asif Ali Zardari by giving him a sugar mill. In an exclusive interview with 92 News, Mirza alleged that Sharjeel Memon, Siraj Durrani and Faryal Talpur are corrupt people. He said if the rulers care for Sindh and their prestige, they should immediately bring back Bilawal Bhutto. “If Bilawal says I am a liar, I will not appear on any channel in future.” Mirza added that he will give the suit cases filled with the corruption by Rehman Malik to the National Accountability Bureau. The PPP leader said that the blood of Sindhis is being sucked. “We will end corruption by contesting the elections.” He said that he has no objection to the inclusion of the MQM in the Sindh government, but he has objection to the inclusion of wanted criminals in the government.