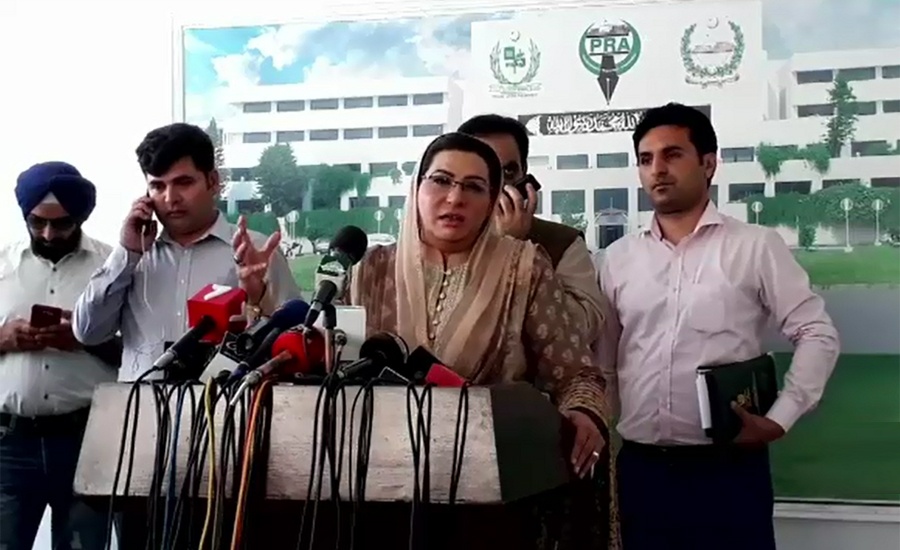 ISLAMABAD (92 News) – Special Assistant to Prime Minister on Information Firdous Ashiq Awan has said that senators have rejected the corruption. Reacting to the failure of the no-confidence motion against Senate Chairman Sadiq Sanjrani on Thursday, she saluted the consciousness of all senators. “Today rebellion has occurred in the ranks of the opposition. Pakistan’s narrative has won. August is the month when Pakistan was created. Pakistan needs stability in this month as well,” she maintained. Firdous Ashiq Awan said that people-friendly senators have foiled the attack on the Senate, a symbol of the Federation. “The Senate is an institution which was established to unite the country. The opposition hatched a conspiracy to fulfill its personal agenda. Today the senators have dissociated themselves from the corrupt politics introduced by the opposition,” she said. The special assistant said that today importance has been given to national security. “The Federation of the country has been strengthened. Today the country acknowledged that a new journey of stability of the country has started. Now the people will get their basic rights,” she said. Firdous Ashiq Awan was of the view that corruption-marred leadership hatch conspiracies while sitting in jails. “I invite the opposition to stand with the government,” she said.

On July 31, Special Assistant to Prime Minister on Information and Broadcasting Dr Firdous Ashiq Awan had said that the Pakistan Muslim League-N (PML-N) spokespersons can never turn black into white. The special assistant took her twitter and criticized the PML-N leadership. She said the PML-N leaders have no courage to listen to the truth of Special Assistant on Accountability Shahzad Akbar.

She said the PML (N) leaders are resorting to mud-slinging on Shahzad Akbar as they have no evidence to prove their innocence. She also said that those who plundered the national exchequer will have to face accountability in ‘Naya Pakistan’. “The plunderers, who committed unbridled corruption, are now trying to prove their ‘innocence’. A letter was recovered from the pockets of the looters instead of evidences. The PML-N spokespersons can never turn black into white,” she said in another tweet.