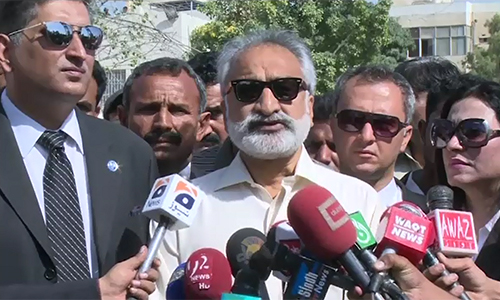 Talking to the media on Saturday, he said: “Thanks God, Uzair Baloch is still alive. He will not be brought to justice like Baba Ladla.”

He alleged that the Asif Zardari coterie was playing ducks and drakes abroad after looting the country.

Khawaja Izharul Hassan said that the facilitators of Uzair Baloch should also be arrested.

Nabeel Gabol said that people had to wait a little more and several behind the scenes people would also be exposed.