I will be PM to take Britain out of EU, says May 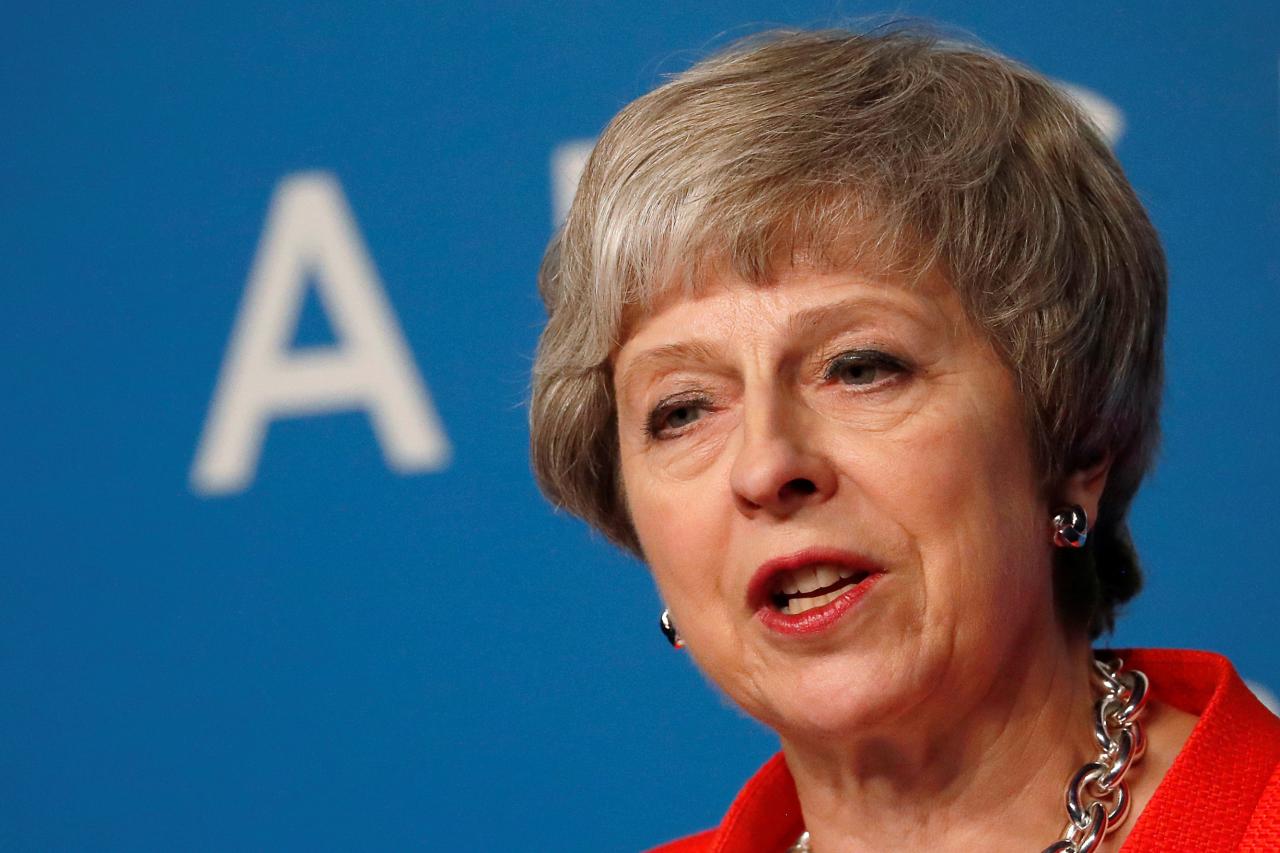 I will be PM to take Britain out of EU, says May

BUENOS AIRES (Reuters) - Theresa May said she would be the prime minister to take Britain out of the European Union and that parliament should back her Brexit deal to ensure certainty for the future. May sealed a deal with EU leaders last Sunday that would see Britain leave the bloc on March 29 with continued close ties, but the odds look stacked against her getting it approved by a deeply divided British parliament. The deal has been criticized by many of May’s Conservative MPs, both supporters of a cleaner break with the EU and those who want to keep closer ties. Opposition parties and a small Northern Irish party which props up May’s minority government have also said they plan to reject the deal. Several of her ministers have resigned in protest at the deal, and some of her MPs have called for a confidence vote in her leadership, something some believe could happen if she loses the vote in parliament. “There is a lot more for me still to do, not least delivering on Brexit and being the prime minister that does take the United Kingdom out of the European Union,” May told a news conference at the G20 Summit in Argentina, when asked what her legacy would be if she is forced to quit. She said the next nine days were an important time for the country, ahead of a Dec. 11 vote in parliament on her deal. “I will be talking with Members of Parliament ... and explaining why passing this deal in the vote that will take place in the House of Commons will take us to certainty for the future, and that failure to do that would only lead to uncertainty.” May, who discussed trade with the leaders of Australia, Canada, Chile, Turkey and Japan on the sidelines of the summit, said she had heard from other leaders about the need for that certainty. Earlier, Japanese Prime Minister Shinzo Abe urged May to ensure stability as Britain leaves the EU and asked her to do what she could to avoid a ‘no deal’ Brexit. May said that during her meetings with world leaders she had updated them on the Brexit deal and told them it would be a good deal for the global economy as well as international firms which have invested in Britain or that use European bases to supply the UK market. “That this deal sets a path for the UK to a brighter future has been affirmed by the discussions I have had on trade over the past two days,” she said. “Friends and partners have made clear that they are keen to sign and implement hambitious free trade agreements with us as soon as possible,” she added.