I will commit treason with my nation if I provide NRO to looters: PM 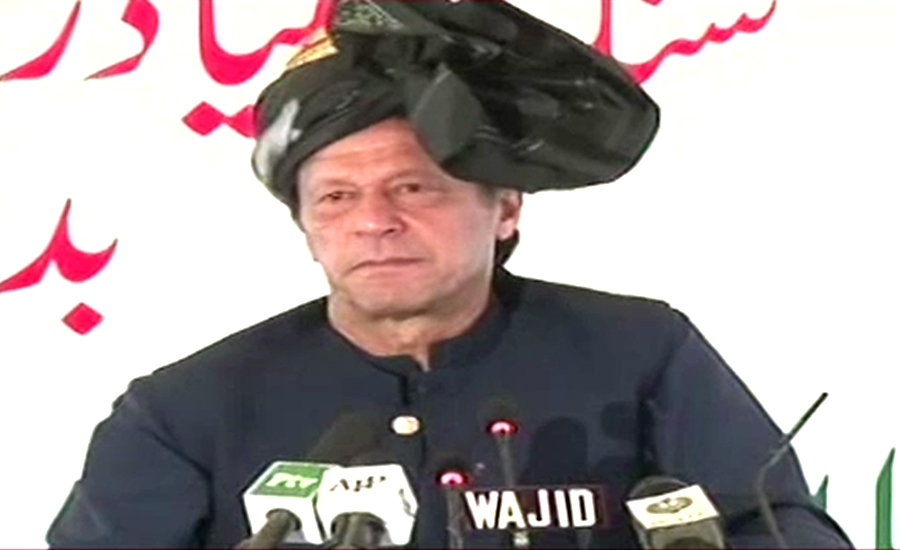 I will commit treason with my nation if I provide NRO to looters: PM

MOHMAND (92 News) – Prime Minister Imran Khan on Thursday said that he will commit treason with the country if he provided National Reconciliation Ordinance (NRO) to the looters of nation’s billion rupees. PM Imran Khan and former chief justice Saqib Nisar performed groundbreaking ceremony of Mohmand Dam. The event was also attended by Chief of Army Staff (COAS) General Qamar Javed Bajwa and other high-level officials. Addressing the groundbreaking ceremony, the prime minister thanked former CJP Saqib Nisar for raising awareness about the country's water crisis and the need to build dams. “Our government had failed in thinking about the future of Pakistan. This led to a chief justice of the country raising an issue which should have been done by the prime minister and government. I want to thank Justice Saqib Nisar for this,” he said. Taking jibe at the opposition parties, Imran Khan said, “Opposition creates ruckus in the National Assembly only to divert public attention from the ongoing accountability process. The previous rulers were involved in laundering money to foreign countries.” The premier said that the corrupt elements were actually seeking another NRO, adding, “I am saying this again that I will commit treason with my nation if I provide them NRO.” He clarified that he would not provide any relaxation to the corrupt elements at any cost. The prime minister expressed his view that the previous governments were failed for lacking futuristic projects which led the other countries of the region to leave behind Pakistan in the development race. “All bigger dams were constructed in 1960’s era. It was the time of dictatorship but they should be given credit for constructions of dams.” He exampled China for its historical development which did not think of next elections while its leaders had focused on future projects. “China has spent resources on humans besides focusing on public welfare.” “The State of Medina is the role model for us. China followed the same policies adopted in the Medina state. He announced allocation of Rs4 billion funds for the development of Mohmand. “The area which possesses natural resources will be given benefits of it,” headed. “The government has decided to provide 2G and 3G technologies to the tribal areas besides taking swift steps for education facilities,” the premier said. “All provinces have decided to decide a part of up to three per cent from NFC [National Finance Commission] Award.” PM Khan clarified that he would not discuss the topic of election as the present government wanted to show how to serve the nationals. “We have to complete five million houses’ project at earliest,” he announced. Earlier today, the premier was informed about salient features of the dam. Mohmand dam is being constructed on Swat River and it will be completed at a cost of over one hundred and eighty-three billion rupees by 2024. The dam has the capacity of storing one point two million acre feet water. Mohmand dam on completion will generate eight hundred megawatt electricity besides bringing about seventeen thousand acres barren land under cultivation. It will also solve the problem of water scarcity in Mohmand district besides saving Peshawar, Charsadda and Nowshera districts from floods. Chief of Army Staff General Qamar Javed Bajwa, Defence Minister Pervez Khattak, Federal Minister for Religious Affairs and Interfaith Harmony Dr Noorul Haq Qadri, Khyber Pakhtunkhwa Governor Shah Farman and Chief Minister Mahmood Khan were also present on the occasion.