I will complete my final arguments within 4 days, says Maryam's lawyer 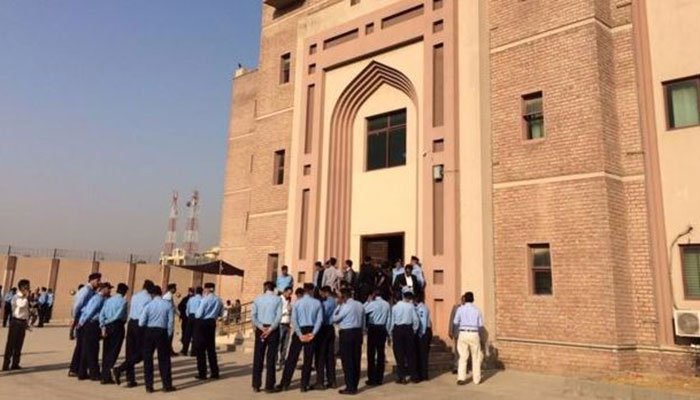 I will complete my final arguments within 4 days, says Maryam's lawyer

ISLAMABAD (92 News) – Maryam’s lawyer Amjad Pervez informed the court that he will complete his final arguments within 3-4 days. Accountability Judge Muhammad Bashir was hearing the case. The NAB Deputy Prosecutor General Sardar Muzaffar was also present in the court. During the hearing, Amjad Pervez began presenting his final arguments. He informed the court that unlike Khawaja Haris, Nawaz’s counsel, he would not take seven days to present his concluding arguments. “I will complete my final arguments within 3-4 days,” he said. Amjad Pevez said in his cocluding arguments that the joint investigation team (JIT) misinformed the Supreme Court and accountability court according to the Volume 10. An application on behalf of Nawaz Sharif and Maryam Nawaz for exemption from personal appearance for seven days was submitted before the court. They are in London to look after ailing Kulsoom Nawaz. The court gave exemption for one day. He informed the court that Begum Kulsoom’s new medical report will be received by tomorrow and accordingly submitted to the court. The exemption request stated that Nawaz’s wife is ill and he is London to attend to her. It further said that Maryam is also attending to her ailing mother. The hearing is currently under way. On previous hearing yesterday, Khawaja Haris completed his concluding arguments after seven days in the Avenfield reference. Nawaz and his family are facing three corruption cases in the accountability court after National Accountability Bureau (NAB) filed references against them in light of the Supreme Court's verdict in the Panama Papers case. The trial against the Sharif family had commenced on September 14, 2017. The corruption references, filed against the Sharifs, pertain to the Al-Azizia Steel Mills and Hill Metal Establishment, offshore companies including Flagship Investment Limited, and Avenfield properties of London. Nawaz and sons Hussain and Hasan are accused in all three references whereas his daughter Maryam and son-in-law Safdar are accused in the Avenfield reference only.