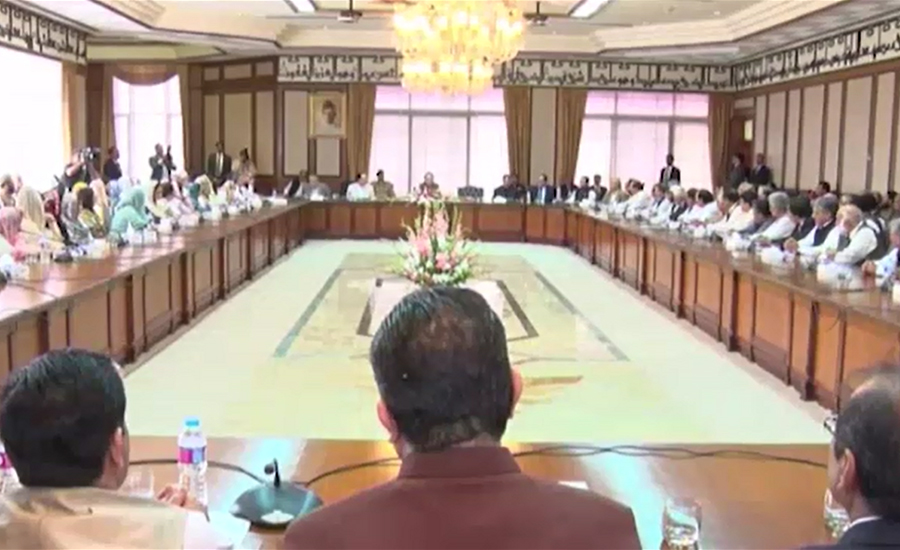 ISLAMABAD (92 News) – Prime Minister Nawaz Sharif has on Friday again said that he would not resign and challenge the findings of the Joint Investigation Team (JIT) in the Supreme Court.

Addressing the Parliamentary Party meeting of the ruling Pakistan Muslim League-Nawaz (PML-N) in Islamabad on Friday, he said that the Sharif family has been targeted for its business matters spanning over 62 years with assumptions and allegations.

The prime minister said that the controversial report submitted in the apex court by the JIT is a bundle of baseless allegations of their opponents, adding that there was no single sentence in the report, which points out corruption committed by Nawaz Sharif.

Sharif went on to say that there is not a single case of corruption or malpractice against Shahbaz Sharif and himself during their tenures.

He said: “Unjustified campaign against the government was launched soon after the elections of 2013 and regretted that elements creating political instability and uncertainty are damaging the country. I believe in rule of law, independence of judiciary and democracy.”

On the other hand, Interior Minister Chaudhry Nisar did not attend the meeting.

Earlier, Prime Minister Nawaz Sharif chaired a meeting of party’s parliamentary leader, which took stock of the prevailing political situation in the country.

The meeting discussed situation arising in the backdrop of an official investigation into corruption allegations against Nawaz Sharif and his family which found a significant disparity between their declared wealth and known sources of income and Opposition’s demands the prime minister’s resignation.

The party leaders were also taken into confidence regarding challenging the report submitted by the Joint Investigation Team.