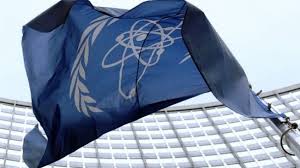 VIENNA - The International Atomic Energy Agency (IAEA) urged India on Friday to further tighten its nuclear safety regulations by assuring the legal independence of its atomic watchdog and allowing more outside inspections. India, which has tested nuclear weapons but is a non-signatory of the Non-Proliferation Treaty (NPT), announced a major deal in January designed to open India's nuclear power sector to US investment. The deal came after Prime Minister Narendra Modi agreed last year to tighter checks of India's civilian nuclear programme by the IAEA. After a 12-day visit to India, the agency recommended that India and its Atomic Energy Regulatory Board (AERB) take further action to assure safety in its nuclear industry. "The government should embed the AERB's regulatory independence in law, separated from other entities having responsibilities or interests that could unduly influence its decision making," the IAEA said in a statement. "The AERB should consider increasing the frequency of routine on-site inspections at NPPs to allow for additional independent verification and more effective regulatory oversight," it added, referring to nuclear power plants (NPP). The nuclear "breakthrough understanding" between US President Barack Obama and Modi seeks to allay US concerns about industry liability and unlock billions of dollars in investments into Indian power projects. "AERB is committed to pursuing the improvements suggested by the mission towards further strengthening the regulatory framework," the IAEA quoted the chairman of the AERB, S.S. Bajaj, as saying. Both India and Pakistan tested nuclear weapons in 1998, setting off an arms race between the neighbouring rivals. Some countries view the fact that India is a non-signatory to the NPT, which was set up to prevent states from acquiring nuclear weapons, as a stumbling block to it joining the Nuclear Suppliers Group (NSG). Membership in the NSG, a trade body established to ensure that civilian nuclear trade is not diverted for military aims, could boost India's international standing as a responsible atomic power and also give it greater influence on issues related to global nuclear trade. A review conference of the NPT will start in April. - Reuters