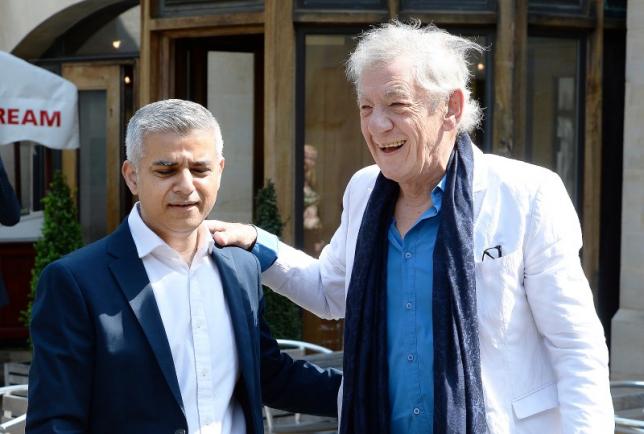 SHANGHAI – Veteran actor Ian McKellen brought celebrations marking 400 years since William Shakespeare's death to Shanghai on Monday (June 13), launching the British Film Institute's "Shakespeare on Film" collection of movies in the Chinese city. The program, which is touring countries around the world this year to mark Shakespeare's death 400 years ago in 1616, features screenings of film adaptations of the playwright's famous works. "I'm not a person of religion but if I had to have a God, it would be Shakespeare," the 77-year old actor, who has starred in numerous Shakespeare adaptations, told a news conference at the Shanghai International Film Festival. "He seems to have understood us all, understood that we fall in love, we fall out of love, we get jealous, we get angry, we get ambitious, we get cruel but he never judges us. I think that's what precious about his attitude, he has not got a message other than we are all human beings." –Reuters