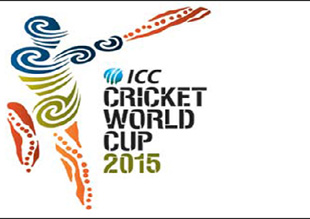 CHRISTCHURCH (Web Desk) - ACSU had been working with law enforcement in both Australia and New Zealand for about three years Richardson said adding security around teams and officials would make it very hard for them to be approached by fixers. As ICC Cricket World Cup 2015 scheduled to start from February 14- March 29 in Australia and New Zealand, the International Cricket Council, (ICC) Chief Executive and the former South African wicket-keeper batsman, Dave Richardson has said that ICC had a “far better idea” of the people involved in match-fixing and would do everything in their power to ensure the “sickness” of corruption did not affect the World Cup. Accompanied by local organizing committee head Therese Walsh and New Zealand Cricket Chief Executive David White, Richardson in a media conference at Christchurch said the governing body’s Anti Corruption and Security Unit (ACSU) had been working with local authorities to ensure it did not influence the mega cricketing event. “I think the preparations the anti-corruption unit have put into this tournament, far exceed previous tournaments. They have a far better idea who these people are that travel the world and try to influence players, umpires and curators to get some sort of benefit on the betting side,” he said.