DUBAI (92 News) – The International Cricket Council (ICC) has rejected the Board of Control for Cricket in India’s (BCCI) request to ban Pakistan from World Cup. According to the reports, the ICC turned down the demand of Indian cricket board and also rejected the objections of Indian board. “There was no chance that anything like that would have happened. The world body chairman made it clear that the decision to ostracize a nation is taken at the government level and ICC had no rule. The BCCI knew it all along but still took a chance,” it said. It is pertinent to mention here that after Pulwama attack, the BCCI wrote a letter to the ICC and requested ICC for isolating Pakistan from this year’s World Cup. The BCCI letter did not make a specific reference to Pakistan, which has been blamed of ‘harbouring terrorists’ by India. The issue came up during Saturday's ICC board meeting chaired by chairman Shashank Manohar but not much time was spent on it. The BCCI was represented at the board by acting secretary Amitabh Choudhary. Earlier, Pakistani legend and former cricket batsman Javed Miandad termed that the International Cricket Council does not mean ‘Indian Cricket Council’, rather it represents all cricket-playing nations and knows what is best for the game. He also said the ICC would not accept this foolish and childish move by the BCCI. “There is absolutely no chance of the world body listening to the BCCI as its [ICC’s] constitution allows members the right to participate in its events,” he said. Miandad also slammed ex-Indian skipper Saurav Ganguly’s statement to cut-off all sporting ties with Pakistan. “I think Saurav wants to run for elections in the coming days or wants to become the chief minister as it is just a publicity stunt to gain attention of his country mates,” Miandad said.
The International Cricket Council concluded six days of meetings in Dubai on Saturday with a number of key decisions taken.

The Board moved to reassure Members around security ahead of the ICC Men’s Cricket World Cup in light of recent communication from BCCI and confirmed that as is normal practice this will continue to be monitored through to the end of the event. ICC CEO David Richardson said: “As you would expect for a global sporting event, the ICC, in partnership with the ECB has a robust security plan in place for the Men’s Cricket World Cup. We work closely with the authorities in our host countries to ensure that the safety of players, officials and fans is a priority. “Should those authorities raise the threat level of the event based on intelligence, we will, of course, uplift our security commitment as appropriate. We will continue to work with the ECB and our Members throughout the build-up to and during the tournament to keep everyone abreast of the situation.

The UAE and Scotland were selected as the hosts of the respective ICC Men’s and Women’s T20 World Cup Qualifier events later this year. Scotland will host the women’s event from 31 August to 7 September 2019 whilst UAE will host the men’s event from 11 October to 3 November 2019. As part of the ICC’s ongoing commitment to accelerating the growth of the women’s game, there were two significant decisions taken. The first, from the Chief Executives’ Committee, is around the introduction of an age group Cricket World Cup for girls to create more opportunities for young women around the globe to play the game. The ICC will develop a plan for the introduction of this event during the current commercial cycle. 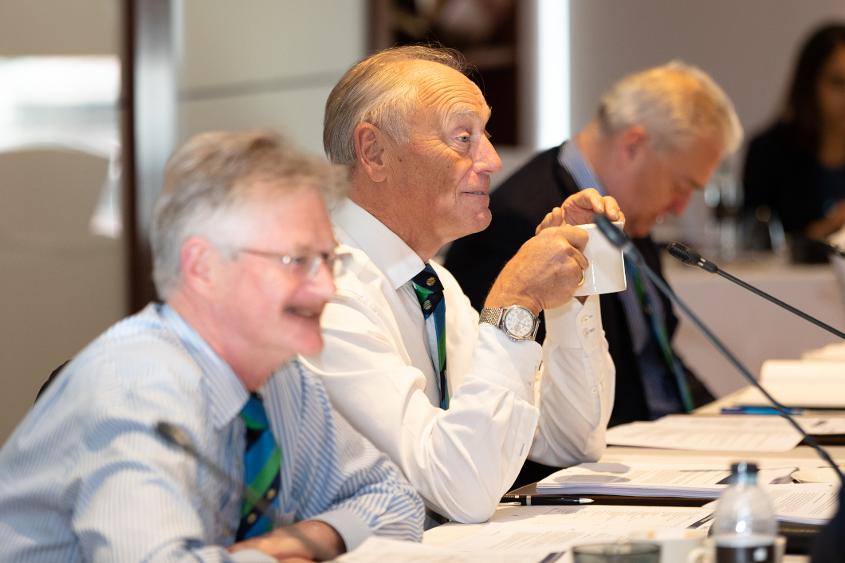