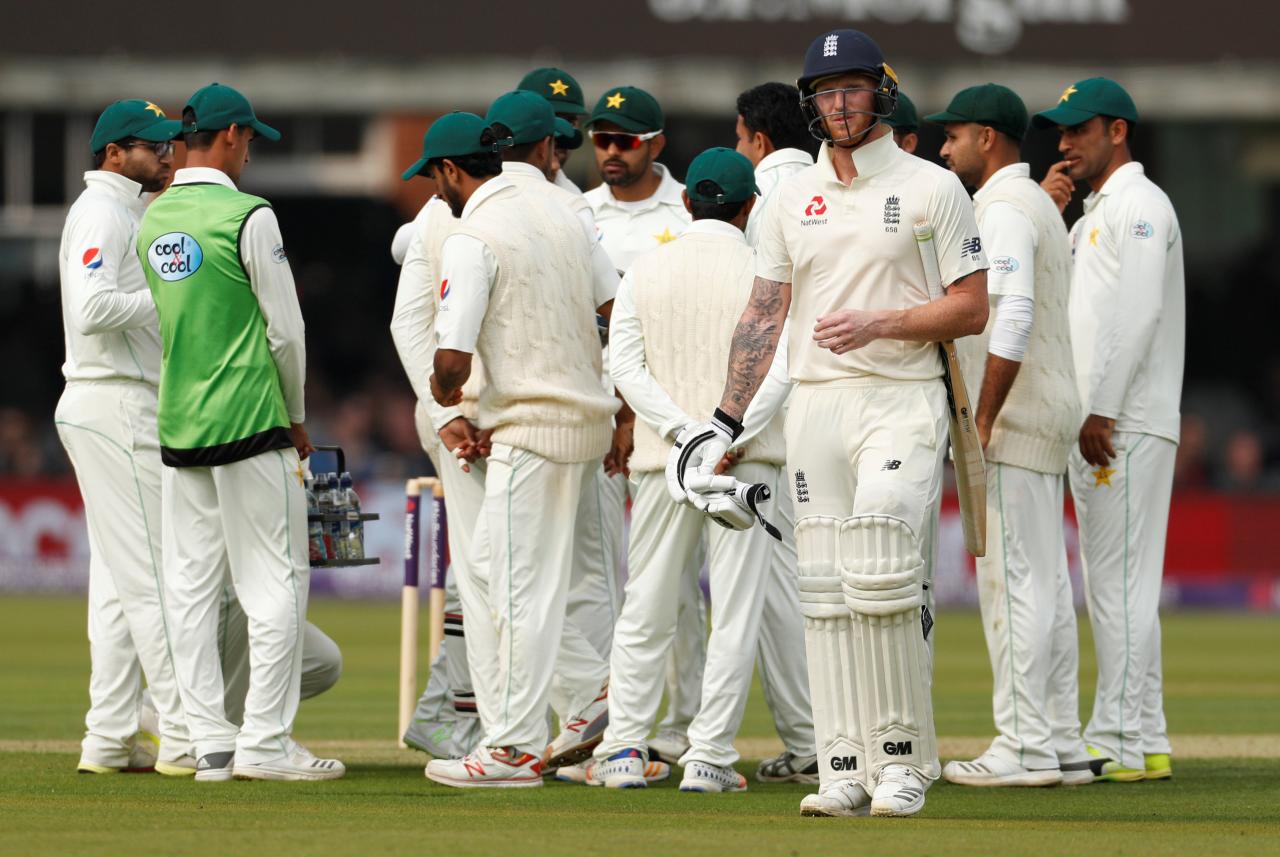 DUBAI (Reuters) - The International Cricket Council (ICC) has warned players to stop wearing smartwatches during play to avoid any allegations of match-fixing, cricket’s governing body said on Friday. Some Pakistan players were seen sporting the devices during the opening day of their first Test against England at Lord’s on Thursday and were cautioned by an ICC anti-corruption officer. "Communications devices are prohibited within the player and match officials area. No player is allowed to be in possession of or use a communications device which is connected to the internet whilst there," the ICC said in a statement. “Smartwatches in any way connected to a phone or Wi-Fi or in any way capable of receiving communications are not allowed and as such we will be reminding players that such devices must be surrendered along with their mobile devices on arrival at the ground on match days.” Pakistan bowler Hasan Ali was unsure which of his team mates were involved, with British media reports saying two players were wearing the watches but there was no suggestion of any wrongdoing as it was not clear if they were connected to phones. “I didn’t know who was wearing them but yes, the ICC anti-corruption officer came to speak to us and they told us this is not allowed,” Hasan said after Pakistan dominated play, bowling England out for 184 before reaching 50 for one at the close. “Next time nobody will wear them.” Only match officials are allowed specific communication devices to communicate with their colleagues while they perform their duties. Match-fixing has become a major concern for the ICC in recent years with a high-profile incident involving Pakistan on a previous tour to England forming one of cricket’s low points. Pakistani trio Salman Butt, Mohammad Asif and Mohammad Amir, who is in the current side, were part of a gambling-inspired plot to bowl no-balls at pre-arranged times during a test match against England at Lord’s in August 2010. All three players served time in prison and were handed multi-year bans from the game after a tribunal found them guilty of spot-fixing.