ICJ rejects plea for annulment of Kulbhushan’s conviction, his return to India 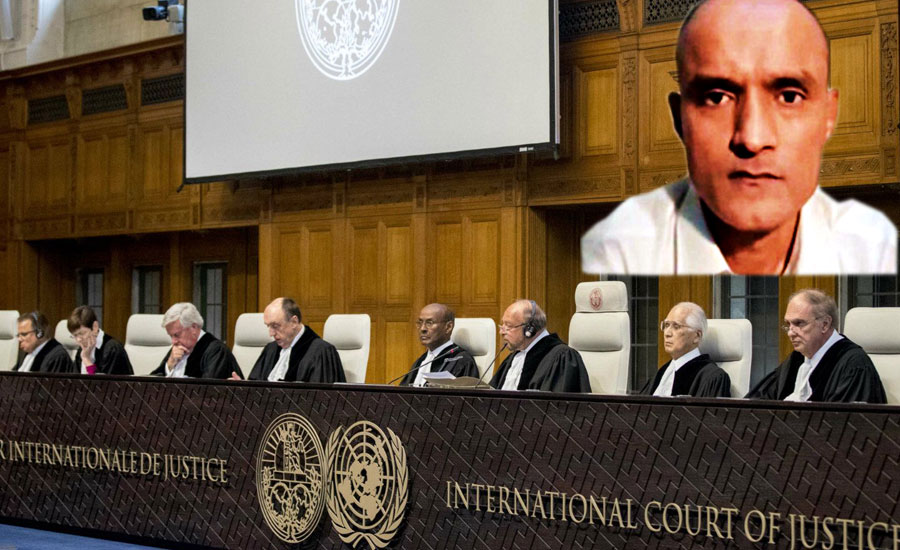 ICJ rejects plea for annulment of Kulbhushan’s conviction, his return to India

THE HAGUE (92 News) – India suffered a humiliating defeat in the International Court of Justice (ICJ) that rejected its plea for annulment of conviction of Indian terrorist Kulbhushan Jadhav, his release and return to India  in The Hague on Wednesday. Judge Abdulqawi Ahmed Yusuf, president of the ICJ, read out the verdict that also rejected several proposals presented by Kulbhushan Jadhav. The court also asked Pakistan to give the consular access to Commander Kulbhushan Jadhav. “Pakistan and India are parties in the Vienna Convention which does not deprive a spy the consular access. However, he will remain in the custody of Pakistan,” it ruled. The judge remarked that there is no doubt Commander Kulbhushan Jadhav is an Indian citizen. “The conviction of Kulbhushan Jadhav cannot be considered the violation of Article 36 of the Vienna Convention,” it ruled. Attorney General Anwar Mansoor led the Pakistan delegation. Foreign Office spokesperson Dr Muhammad Faisal was also present. Pakistan’s counsel Khawar Qureshi said that Pakistan’s stance had won in the International Court of Justice. Attorney General Anwar Mansoor said that the dismissal of the Indian plea is the victory for Pakistan. “The ICJ has made it clear that Kulbhushan will not be released,” he said. Indian lawyer Haresh Salve was not present in the court. Meanwhile, Foreign Office Spokesperson Dr Muhammad Faisal said that the International Court of Justice in its judgment decided not to acquit or release Indian serving Naval Commander Kulbhushan Jadhav thus not accepting Indian pray. In a statement on Wednesday, he said that Pakistan, as a responsible member of the International community, upheld its commitment from the very beginning of the case by appearing before the Honourable court for the provisional measures hearing despite a very short notice. He said having heard the judgment, Pakistan will now proceed as per law. The FO spokesperson said that it was reiterated that Indian Naval Commander Kulbhushan Jadhav entered Pakistan without a visa on authentic Indian passport with a fake alias Hussain Mubarak Patel. He said Commander Kulbhushan Jadhav is responsible for acts of sabotage, espionage and multiple terrorist incidents in which scores of innocent Pakistani citizens were killed resulting into women being widowed and numerous children becoming orphans. Dr Faisal said Commander Kulbhushan Jadhav has confessed all these acts during his trial in Pakistani court in front of a judicial magistrate. “This is a clear case of Indian state terrorism,” he said.

The hearings revolve around the case of Kulbhushan Jadhav, an on-duty Indian navy officer working for the Indian covert agency Research & Analysis Wing (RAW). Jadhav was captured from Balochistan in March 2016. He later confessed to his association with RAW, and involvement in espionage and fomenting terrorism in Pakistan. The Indian spy was tried in a Pakistani military court, which sentenced him to death in April 2017 for espionage and subversive activities. Last week, Pakistan presented a fact sheet with evidence obtained from Jadhav after his arrest and during the criminal process. On May 18, 2018, the ICJ through an interim order stayed Jadhav’s execution until a final decision in the proceedings.