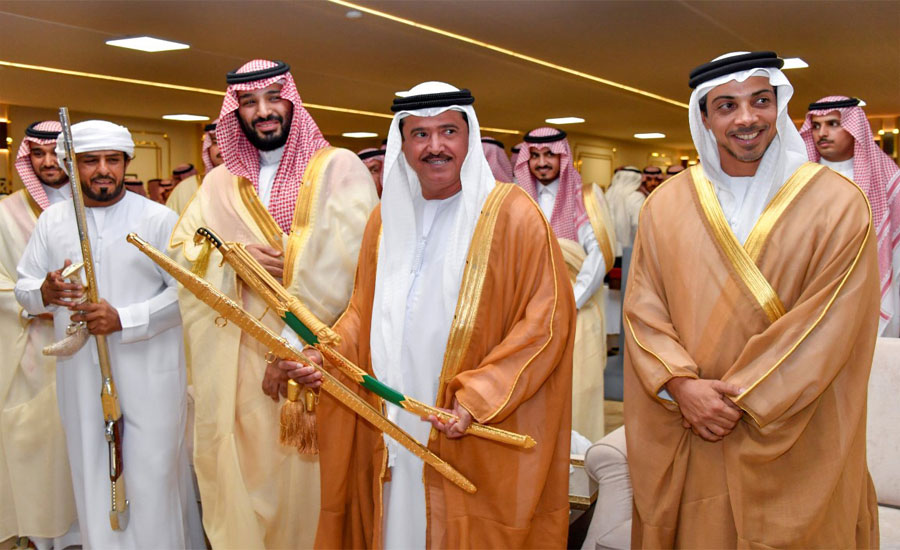 TAIF (92 News) - Saudi Arabia’s Crown Prince Mohammed bin Salman patronized the closing ceremony of the 2nd edition of the Crown Prince Camel Festival on Sunday, sending a strong message to the world that drones attacks on Saudi oil installations have no adverse impact on the Kingdom. The ceremony took place, amid disruptions in oil supplies from the central installations that impacted the oil supply chains globally, at the camel racing field in Taif, in the presence of princes, dignitaries and guests of the festival from various Gulf Cooperation Council (GCC) countries. Upon arrival, the crown prince was received by0 Prince Abdul Aziz bin Turki Al-Faisal, chairman of the General Sports Authority and Prince Fahd bin Jalawi bin Musaed, president of the Saudi Camel Federation. Prince Abdul Aziz thanked King Salman and the crown prince for their continuous support for the athletes of the Kingdom. He added that this year witnessed the participation of 13,377 camels. Towards the end of the ceremony, the crown prince distributed prizes to the winners of the camel races. ADDITIONAL INPUT FROM ARAB NEWS