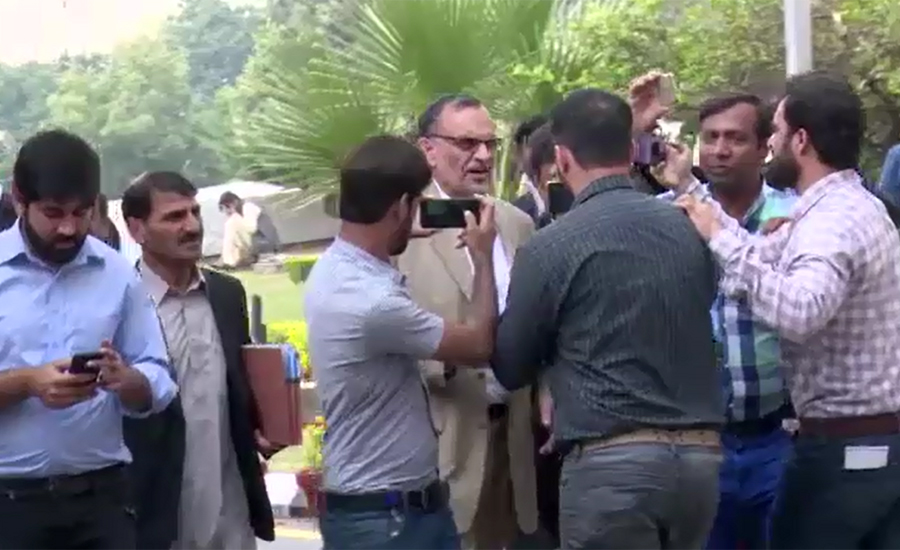 ISLAMABAD (92 News) – Chief Justice of Pakistan Mian Saqib Nisar, while hearing the IGP Islamabad case, remarked that Azam Swati should resign. He said that Azam Swati should admit his cruelty and court does not accept the agreement of the parties. The CJP formed a joint investigation team comprising of the representatives of the FIA, IB the NAB to probe into the matter and assets and property of Azam Swati. He further remarked that the case come under Article 62(1)(f). “We cannot tolerate cruelty of the cruel. We have to break the tradition of the exploitation of the poor through wealth and cruelty. We want the people running the country should be honest,” he maintained. Azam Swati said that he was regretful for the incident. “I seek apology from court,” he demanded. The CJP ordered the IG Islamabad to register a case against Azam Swati on merit. The court also withdrew orders to give the additional charge of the IGP Islamabad. When asked whether he wants to work, IGP Islamabad Jan Muhammad said that he is a uniformed officer and cannot work under these circumstances.