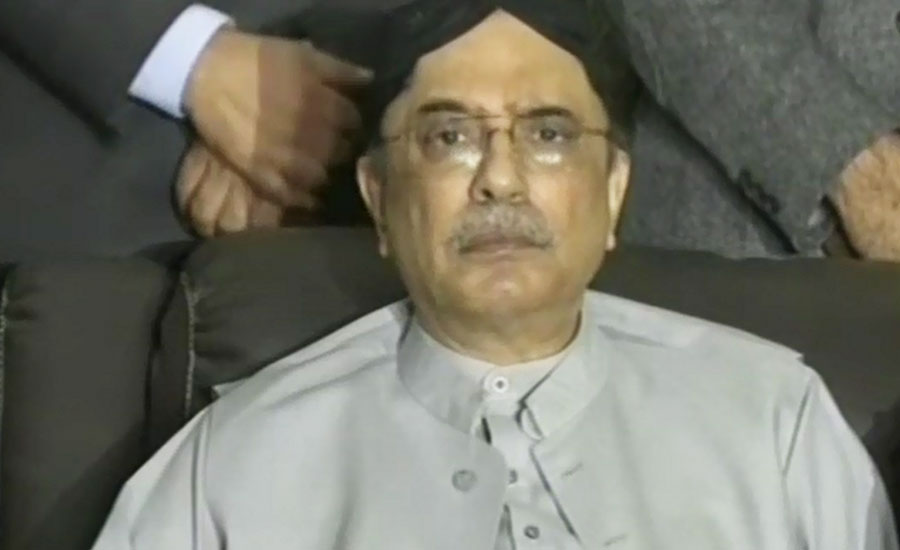 ISLAMABAD (92 News) – A petition filed by the Pakistan Tehreek-e-Insaf (PTI) seeking former president Asif Ali Zardari’s disqualification was not heard in the Islamabad High Court (IHC) on Thursday. The IHC’s registrar office is expected to fix the hearing of the petition again. Earlier, the IHC fixed hearing of a petition filed by the Pakistan Tehreek-e-Insaf (PTI) seeking disqualification of former president Asif Ali Zardari on Thursday (today). The petition sought disqualification of Zardari for concealing his assets in New York. Yesterday, the IHC registrar allotted a number to the petition which will be fixed before a bench for hearing tomorrow. In previous hearing, Pakistan Tehreek-e-Insaf (PTI) lawmaker Khurram Sher Zaman and the incumbent Special Adviser to Prime Minister on Youth Affairs Usman Dar appeared before the court to file the petition.

IHC Chief Justice Athar Minallah remarked that the parliament is supreme and the matters should be settled there. “Why do you not allow the parliament to form a committee on the issue?” he remarked. The IHC CJ ordered the petitioners to satisfy the court why the pleas should be heard on priority basis. “Why should we give your pleas priority when scores of people are waiting for justice in jails?” he observed. Chief Justice Athar Minallah questioned the petitioners why they bring political matters to court. “Your concerned forum is the Election Commission of Pakistan. You may also contact investigation agencies. You know that how many cases are pending with this court,” he remarked. The IHC CJ said that it was the time to strengthen the parliament. In the petition, they stated that former president is the owner of properties in New York. “Zardari is not Sadiq or Ameen as he did not disclose his assets,” they added. They prayed to court to disqualify Asif Zardari under Article 62(1)(f). On January 10, Zaman withdrew the petition seeking disqualification of Zardari from the ECP by saying that he had found more concrete evidence against Zardari and the case must be taken to the Supreme Court (SC). Later, the party leaders attempted to file a petition in the Supreme Court, however, SC’s registrar raised certain objections over the petition.