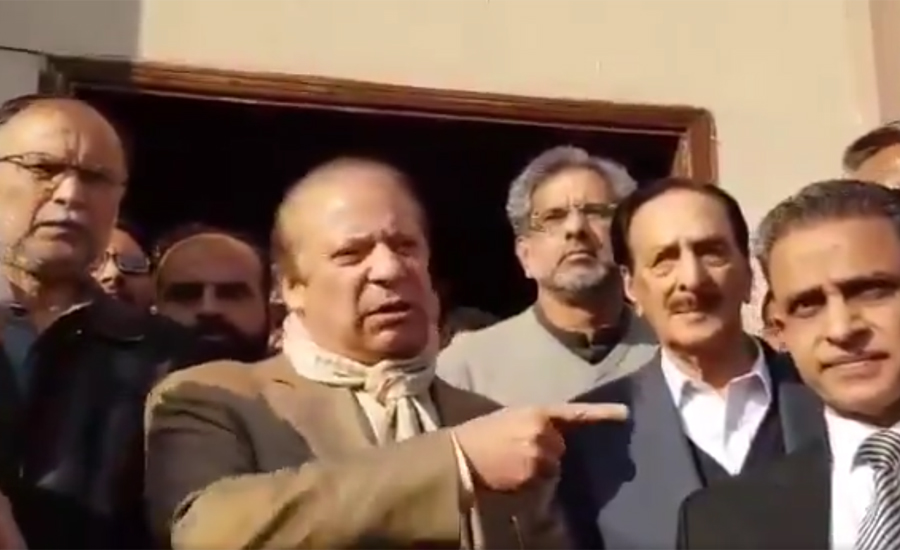 ISLAMABAD (92 News) – The Islamabad High Court (IHC) will hear a miscellaneous petition for the suspension of sentence of former prime minister Nawaz Sharif in the Al-Azizia reference on Thursday. The bench comprising of Justice Amir Farooq and Justice Mohsin Akhtar Kayani will hear the petition. Nawaz Sharif’s counsels will submit additional documents. The NAB has demanded an increase in the seven-year jail of Nawaz Sharif in the All-Azizia reference. In another appeal, it stated that the acquittal of Nawaz Sharif in the Flagship reference is not justified. Nawaz Sharif has filed a petition seeking suspension of his sentence till verdict on the appeal. The court has summoned the record of Al-Azizia and Flagship references. Justice Amir Farooq remarked that they are not separating the appeal and the petition for suspension of sentence. Nawaz’s counsel Khawaja Haris remarked that his client is not the real owner of the assets, but he had been sentenced. He stated that the accountability court announced the verdict on the JIT report. He prayed to court the sentence suspension plea first. The court adjourned the case for three weeks. On Dec 24, 2018, Accountability Judge Muhammad Arshad Malik had awarded Nawaz Sharif seven years imprisonment besides fines of Rs1.5 billion and $25 million in the Al-Azizia reference. The Supreme Court had on July 28, 2017, while deciding petitions of Pakistan Tehreek-e-Insaf Chairman Imran Khan, Sheikh Rashid Ahmed and other political leaders, disqualified Nawaz Sharif and directed the NAB to file three references — Avenfield Properties, Al-Azizia and Flagship Investment — against him and other members of his family in the accountability court. On July 6, 2018, Accountability Court Judge Mohammad Bashir had convicted Nawaz Sharif in the Avenfield reference and sentenced him to 10 years in prison. However, an IHC division bench comprising Chief Justice Athar Minallah and Justice Miangul Hassan Aurangzeb suspended the sentence in the Avenfield reference.