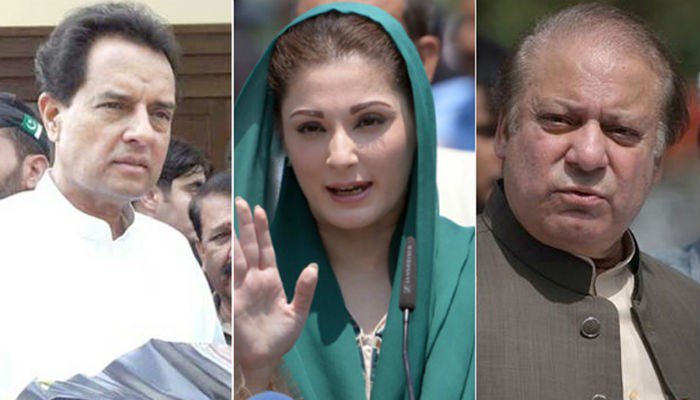 ISLAMABAD (92 News) – The appeals of Former prime minister Nawaz Sharif, his daughter Maryam Nawaz and son-in-law Captain (r) Safdar against the Avenfield verdict will be heard tomorrow. As per details, Islamabad High Court (IHC) Justice Ali Akbar Qureshi will hear the appeals challenging the Avenfield verdict on July 19. In the petition, the petitioner adopted a stance that three time appointed prime minister was punished as per such law of the NAB which was abolished after coming the 18th amendment in the constitution. On Monday, the legal counsels of the Sharif family, who are currently serving their respective sentences at Adiala jail, had filed three different appeals on behalf of their clients. Earlier on July 6, the Accountability Court had sentenced Nawaz to a total of 11 years in prison and slapped a £8 million fine (Rs1.3 billion) in the corruption reference while his daughter Maryam was sentenced to eight years with a £2 million fine (Rs335 million). Additionally, Nawaz's son-in-law Capt (retd) Safdar was given a one-year sentence without any fine.