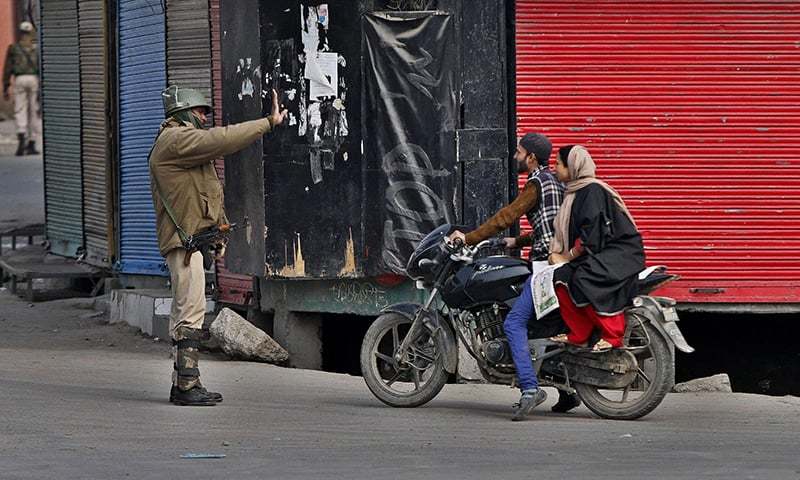 SRINAGAR: Hundreds of armed police and paramilitary soldiers patrolled the disputed region of Kashmir on Monday where separatists called a strike to protest the secret execution two years ago of a former Kashmiri rebel. Streets in the main city of Srinagar were near deserted as shops and offices stayed closed to mark the anniversary of the execution. Authorities imposed a curfew in parts of Srinagar and detained at least 100 activists to prevent violent protests. Kashmiris were incensed when Mohammad Afzal Guru was hanged in secret on February 9, 2013, in a New Delhi jail. Many in the region believe Guru was not given a fair trial on charges of involvement in a 2001 attack on Parliament that killed 14 people, including five gunmen. Guru had fought earlier with rebels in an armed uprising that started in 1989 in the Himalayan region. An estimated 68,000 people were killed in the uprising and ensuing Indian crackdown. Separatists have long demanded either independence or a merger with Pakistan. Both India and Pakistan claim the region in its entirety, while each administering a portion of it. Separatists have called for another strike on Wednesday to mark the 1984 hanging of pro-independence leader Mohammad Maqbool Butt in the same New Delhi jail after he was convicted of killing an intelligence officer. The separatists have demand both Guru's and Butt's remains be returned to the region for burial. Currently, their bodies are within the Tihar Jail compound. Web Report