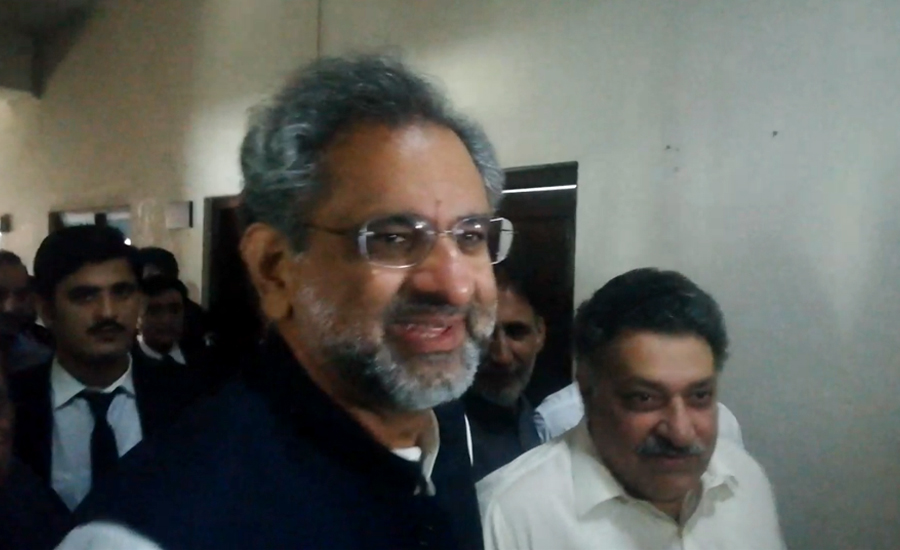 ISLAMABAD (92 News) – The Islamabad High Court (IHC) on Monday granted protective bail to ex-prime minister (PM) Shahid Khaqan Abbasi in illegal appointment case. The Islamabad High Court granted protective bail to Pakistan Muslim League-N (PML-N) for four weeks. Former Prime Minister had filed a petition in the Islamabad High Court (IHC) seeking protective bail in an illegal appointment case against him. Barrister Zafarullah Khan has filed the petition on Abbasi’s behalf on Saturday. Earlier, the National Accountability Bureau (NAB) has filed a second case against former prime minister Shahid Khaqan Abbasi as non-bailable arrest warrants for Abbasi and former petroleum secretary Arshad Mirza issued. The reference was filed in the case of illegal appointment of Imranul Haq as PSO managing director in a Karachi accountability court. It alleged that he misused the authority cause of loss billion of rupees in national exchequer. It is pertinent to mention here that Shahid Khaqan Abbasi was the petroleum minister during appointment of PSO managing director. The NAB filed a reference accusing the PML-N leader of appointing ex-MD Pakistan State Oil Imranul Haq in violation of rules. It also issued notices to two Haq and Yaqoob Suttar. They have been directed to appear in court on April 10. Abbasi is accused of causing a Rs138 million loss to the national exchequer. This is the second reference NAB has filed against Abbasi. The first reference, relating to LNG terminals, also mentioned Haq’s name and is still under trial. Abbasi was released from jail on February 26 after being in NAB custody since his arrest in July 2019.