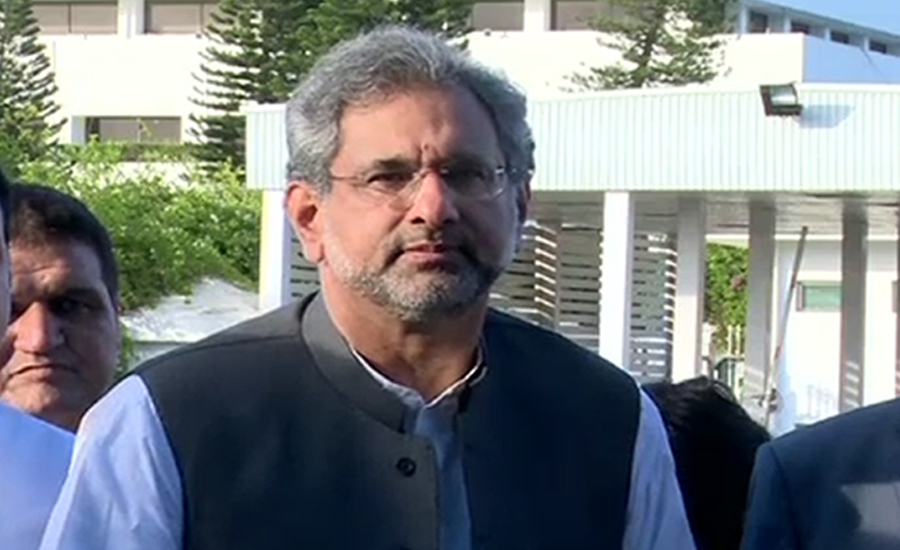 KARACHI (92 news) – The Sindh High Court (SHC) on Tuesday granted interim bail to former prime minister Shahid Khaqan Abbasi and former secretary petroleum Arshad Mirza in an illegal appointment case. Abbasi and Mirza had filed plea in the SHC, seeking interim bail in the illegal appointment after the NAB court Karachi summoned both on June 9. In his plea, Khaqan Abbasi stated that reference filed against him is baseless and he wants to appear before the NAB court, but fears arrests. He appealed the SHC to grant him bail before arrest so that he can appear before the court to fight the reference against him. Earlier, Khaqan Abbasi appeared before a combined investigation team of the National Accountability Bureau (NAB) in connection with its probe into the LNG scandal. According to the sources, the probe team interrogated Khaqan Abbasi in light of new evidence with regard to the LNG agreements in question. He was also questioned about billions of rupees worth of transactions into his account. Ex-PM Shahid Khaqan Abbasi said he has nothing to do with these transactions and that signed an LNG contract as per relevant rules. The sources said he was handed another questionnaire to submit his response to and will likely be summoned again to be quizzed in light of his replies. Earlier a day, the NAB has once again summoned former prime minister Shahid Khaqan Abbasi in connection with its ongoing investigation into the LNG scandal. According to the NAB sources, the corruption watchdog has asked the PML-N stalwart and his son to show up tomorrow at the Rawalpindi office where they will likely be quizzed about billions of rupees worth of suspicious transactions into their accounts. They said the father-son duo will be asked to explain under what head billions of rupees were transacted into their accounts at a time when the then government was in the process of finalising the LNG agreements. The bureau says it has new evidence against him. “His stance on the matter will be heard before a new supplementary reference is filed against him.”