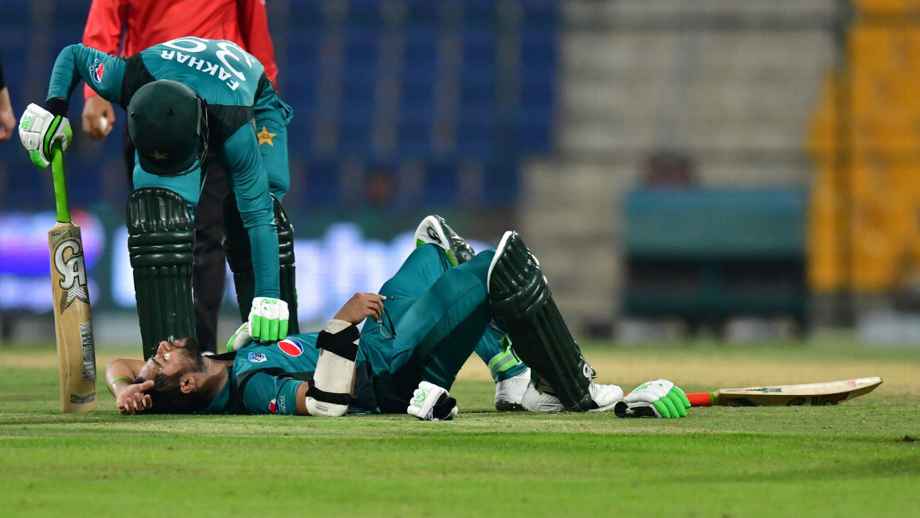 ABU DHABI (92 News) – The PCB confirmed that Pakistan batsman Imamul Haq was rushed to hospital for precautionary tests after suffering a blow to the helmet during the second ODI against New Zealand in Abu Dhabi. As per details, the Pakistan opener was struck on the grille off the first ball of the 13th over from New Zealand fast bowler Lockie Ferguson. The short ball rose sharply as Imam tried to pull it away, but was beaten for pace and bounce. He retired hurt on 16. It was clear straightaway he was in trouble, with the batsman dropping his bat and reaching for his helmet as he stumbled towards the floor. Moments later, he was lying down with his eyes closed, although he did not lose consciousness. During a lengthy examination by doctors on field, he continued to look dazed and unfocused even after getting back on his feet . It appeared as if he wanted to stay on, but it became clear that wasn't possible when he hobbled briefly from a stationary position as batting partner Fakhar Zaman and New Zealand captain Kane Williamson checked on him. At this point, umpire Shozab Raza intervened and signaled for the doctors to help Imam off the field.