WASHINGTON (92 News) – The International Monetary Fund (IMF) approved a bailout package of US$6.20 billion for Pakistan. The loan, which will be given in three years, has been given to help out the economic plan of the country. The approval was accorded during a meeting of the IMF Executive Board. 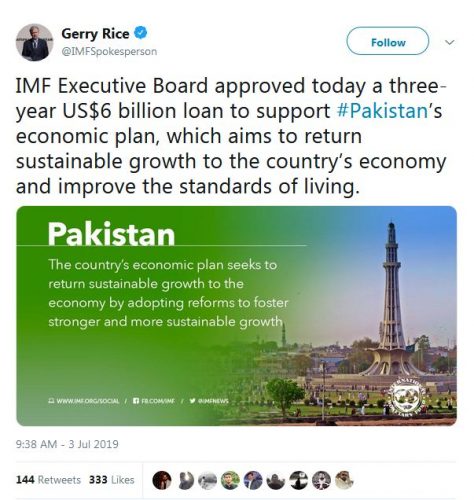 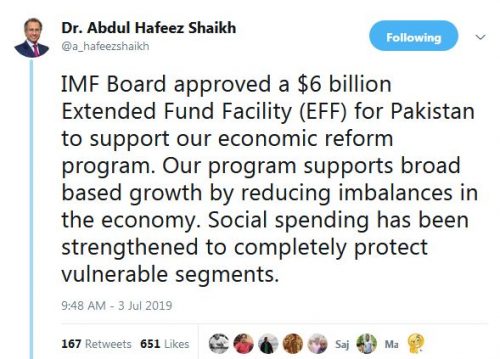 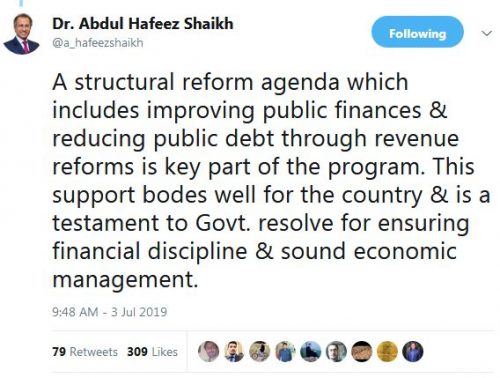 He said that a structural reform agenda which includes improving public finances and reducing public debt through revenue reforms is key part of the program. “This support bodes well for the country and is a testament to the government’s resolve for ensuring financial discipline and sound economic management,” he said. Earlier, the International Monetary Fund (IMF) executive board met to discuss and finalize the package. Sources the IMF would expectedly release the first tranche of $500 million this month. The global lender has also advised Pakistan to review the formula for collection of revenues under the National Finance Commission (NFC) award, including an increase in the share of federal government. The IMF had also advocated integration of taxes collected by the government. The requisite conditions come as a challenge for Pakistan, as its parliament would need to amend the 18th Amendment while Sindh strongly opposes any move in this regard. The staff level agreement was signed between Pakistan and IMF on May 12 this year. The government in its budget proposals for the next financial year has added Rs. 357 billion loans from the IMF. An IMF team will visit Islamabad every three months to review the economic indicators of the country.