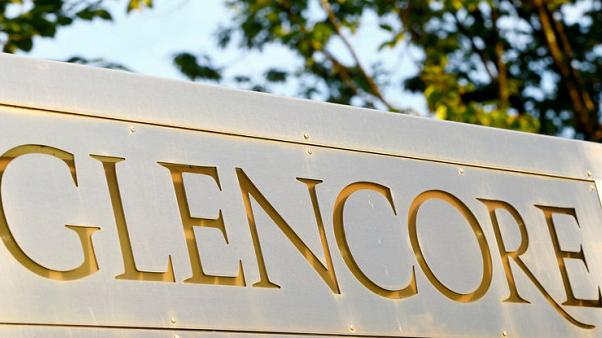 LONDON/N‘DJAMENA (Reuters) - Chad’s stalled talks with Glencore on restructuring more than $1 billion in debt due to the trading firm has delayed the release of IMF funds for the struggling central African country until at least early next year, sources familiar with the matter said.

The International Monetary Fund has said Chad’s external commercial debt, most of which is to Glencore, was unsustainable as it eats up most of the country’s oil revenues.

The fund approved just over $300 million in credit for Chad at the end of June. The IMF initially released $48.8 million to Chad but said the release of further funds would depend on progress reports at subsequent meetings.

Negotiations are likely to be further delayed after President Idriss Deby sacked his Finance Minister Christian Georges Diguimbaye and the deputy.

A Chadian government source said a mid-November deadline for Chad to report progress on commercial debt talks to the IMF was missed and IMF funds would not be released until early 2018.

“Chad’s case was to be discussed by an IMF council on Nov. 15 but a commercial agreement with Glencore was needed for this to be valid. As this did not occur, the case will be submitted in December for a fund release in January or February,” the source said.

A second Chadian government source also said the next disbursement from the IMF had been delayed.

The IMF said at the end of June that the “remaining amount will be phased over the duration of the program, subject to semi-annual reviews.” The program lasts three years.

An IMF spokesman did not respond to requests for comment by phone and email. A spokesman for Glencore declined to comment.

Negotiations to amend the loan terms for a second time since the 2014 oil price crash became fraught last month after Chad cut part of the oil Glencore had been due to receive in favor of ExxonMobil, starting from January.

A series of meetings in Paris this month ended without a deal. After the meetings, commodities trader and miner Glencore wrote a letter copied to the IMF reiterating its offer.

A spokesman for Chad’s state-run oil firm Societe des Hydrocarbures du Tchad (SHT) said the firm was seeking an overall reduction on the interest rate from “about 9 percent to a maximum of 5 percent, including Libor.”

Glencore said in its letter it had offered a temporary interest rate reduction to Libor plus 4 percent along with a grace period on principal until the last quarter of 2019, down from 6.75 percent.

Two banking sources said that the proposal was still being evaluated by Chad.

At the moment, Chad still owes about $1.3 billion from the original $1.45 billion that Glencore and a consortium of lenders loaned the country in 2014 in exchange for crude.

SHT used those funds to buy a 25 percent stake in the major oil producing Doba Consortium from Chevron.

Despite being one of the world’s poorest nations, its army played a major role in reclaiming territory back from Boko Haram, an Islamist militant group that took over large swathes of Nigeria’s northeast in 2014 including key border towns. Chad continues to help regional security initiatives, including a U.N. peacekeeping mission in Mali.