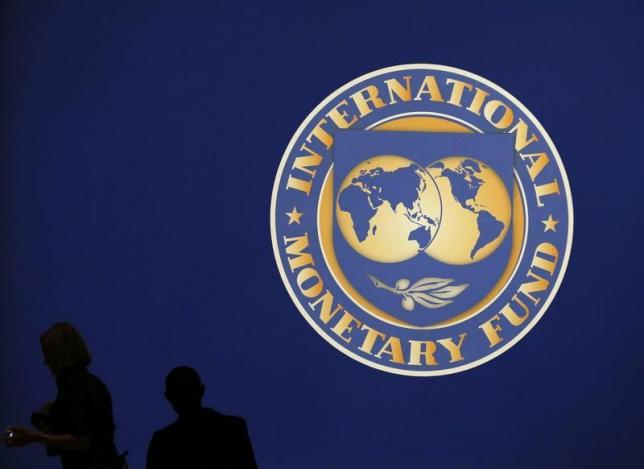 WASHINGTON - The International Monetary Fund highlighted an increasing divergence in the growth paths of the world's major economies this year, as a pick-up in the euro zone and India is expected to be offset by diminished prospects in other key emerging markets. The IMF on Tuesday kept its global growth forecasts unchanged, but warned that the economic recovery remains "moderate and uneven," beset by greater uncertainty and a host of risks, including geopolitical tensions and financial volatility. In its flagship World Economic Outlook, the Washington-based institution kept its forecast for global growth this year at 3.5 percent. For 2016, the IMF now expects global gross domestic product to expand 3.8 percent, up from the 3.7 percent it forecast in January. But the headline figures mask a growing split among major economies, in part due to the varying impacts of currency fluctuations and lower oil prices. They also reflect the IMF's growing concern about key developing countries, including Russia, Brazil and South Africa, and fears of a greater slowdown in growth in China, as the world's second-largest economy rebalances away from investment toward consumption-led growth. The subdued forecasts will form the backdrop to the meeting of the world's top economic policymakers in Washington later this week. Compared with the last gathering six months ago, the United States' economic prospects seem tarnished while troubled Europe finally shows signs of turning the corner. The IMF raised growth expectations for all the major economies in the euro zone - especially Spain - and for Japan, as both oil-importing regions benefited from the lower price for crude oil and depreciation of their currencies. But the IMF cut its outlook for the United States, as a 10 percent appreciation in the dollar over the last six months dragged down net exports. The IMF also warned that many of the risks it highlighted in October, including geopolitical tensions and disruptive shifts in financial markets, could still derail the sluggish recovery. It warned, in particular, of surprises around the first US interest rate hike in nearly nine years, expected later this year, which could prompt capital outflows from emerging markets. The IMF said oil prices should add more than 0.5 percentage point to global economic growth by next year, but warned prices could rise more quickly than expected and hurt global demand. The IMF's managing director, Christine Lagarde, last week called the current level of growth "just not good enough" to help millions of people stuck without jobs, and again urged policymakers to pursue deeper reforms to boost economies' growth potential. - Reuters