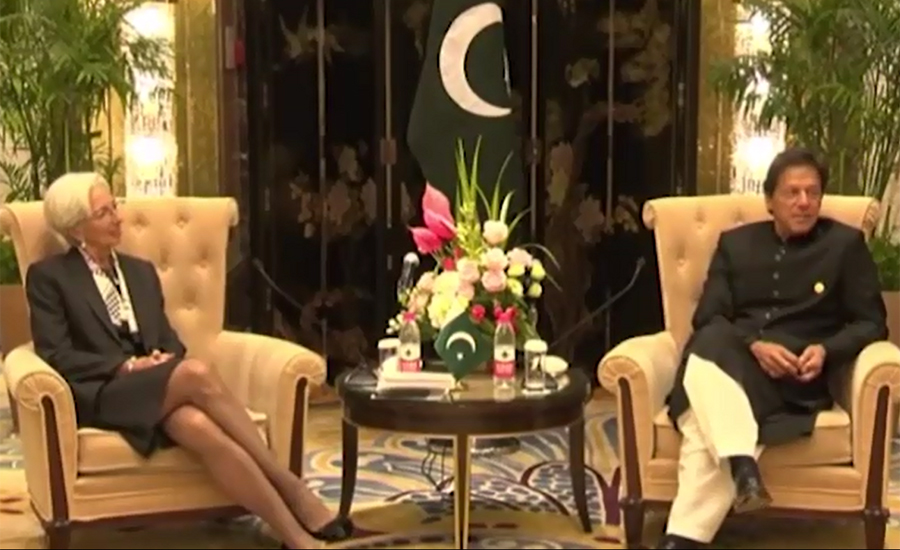 ISLAMABAD (92 News) – The International Monetary Fund’s (IMF) technical mission arrived in Pakistan on Monday. IMF technical mission led by Director of the Middle East and Central Asia Department Jihad Azour has been arrived in Islamabad. The mission held a unofficial meeting with the officials of Ministry of Finance. Both the sides exchanged views on the current economic situation of the county. The IMF technical mission will hold meetings with Prime Minister Imran Khan and Adviser to the Prime Minister on Finance Dr Abdul Hafeez Shaikh tomorrow. The mission hold discussions with Pakistani authorities on fiscal issues, suggest ways to cut the fiscal deficit, and review the reason of a shortfall in tax collection in the first two months of the current fiscal year. They said the IMF team will put forward suggestions for economic reforms and reducing losses in the energy sector. Earlier, Abdul Hafeez Shaikh and State Bank of Pakistan Governor Dr Reza Baqir held meeting with IMF Managing Director (MD) David Lipton and senior officials of World Bank and International Finance Corporation in Washington. They discussed various matters with the members of World Bank-IMF and heard their suggestions for reforming the economy. During the meeting, they also discussed strategy to fulfill all the conditions of IMF loan. They also spoke at an event “Pakistan: This Time it’s Different” hosted by President Centre for Global Development Masood Ahmed. The event attended by a cross section of individuals from the think-tanks, government, academia and Pakistani diaspora.