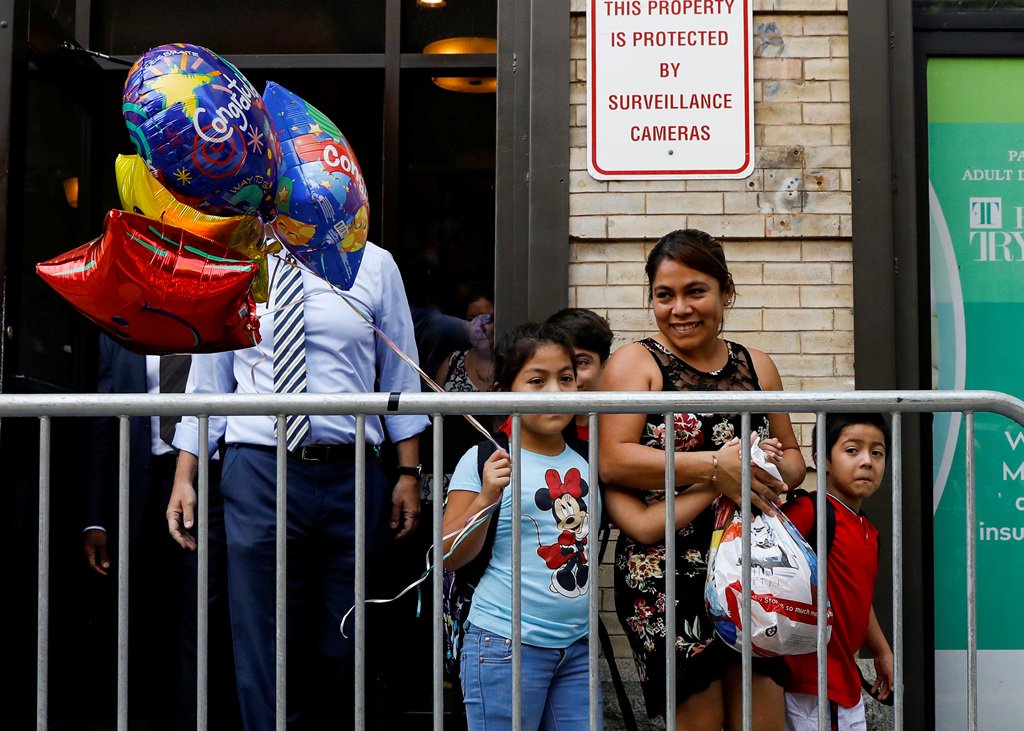 WASHINGTON (Reuters) - When Yolany Padilla was released from immigration custody in Seattle last week, she assumed she would be quickly reunited with her 6-year-old son, who had been taken from her at the US-Mexico border two months earlier. But caseworkers at Cayuga Centers in New York, where the boy had been placed, told her lawyer that the government’s vetting process for reunification would take time. Fingerprint collection and analysis alone could take 60 days, and there would also be background checks of all the adults with whom she and her son would stay. It would likely be weeks before her son could be returned to her. “I didn’t want to believe that could be true,” said Padilla, who comes from Honduras and is seeking asylum in the United States. “It hurt so much to even think it could be 60 days.” That estimate changed abruptly on Thursday night after a federal judge’s order that the government streamline some vetting procedures for reunifying parents and children. Padilla’s lawyer, Leta Sanchez, received a call from Cayuga Centers’ general counsel saying the case had been referred for expedited processing. Earlier, Padilla and her son, Jelsin, were reunited at the Seattle airport, where he was flown from New York. Padilla ran to her son as he entered the airport waiting area, dropping to her knees and embracing the small boy as he smiled broadly. “It’s been so long since I’ve seen him, imagine how I feel inside,” Padilla said, speaking through a translator at the airport after the reunion. “It was like my heart was going to come out of my body,” Several immigration attorneys reached by Reuters said they had seen similar expedited reunions following a July 10 order by US District Judge Dana Sabraw in a case brought against the government by the American Civil Liberties Union. The judge had previously ordered the government to reunify by July 26 as many as 2,500 immigrant children it had separated from their parents at the US-Mexico border in recent months. The separations were part of President Donald Trump’s efforts to crack down on illegal immigration, though some of the separated families are also asylum seekers. That policy was abandoned in June in the wake of widespread protests. On July 10, after examining how an initial wave of reunifications of young children had gone, Sabraw concluded that government vetting policies could be streamlined to speed the process. Reunifications should not be delayed by “lengthy background checks,” the judge wrote, noting that such checks would not have been performed if the parents and children had never been separated. Like Padilla, Yeni Gonzalez and Rosayra Pablo-Cruz were also beneficiaries of that order, their attorney believes.

FROM ONE EXTREME TO ANOTHER

New York attorney Jose Orochena received an email on Thursday evening saying his clients’ children, who ranged in age from 5 to 15, had been cleared for release and reunification. The next day it was confirmed that Gonzalez and Pablo-Cruz, both Guatemalan asylum seekers, could take their children home that day. Orochena had been told by case workers at Cayuga just a few days earlier that his clients would have to undergo thorough background checks that included income verification and home studies, and that the process would take up to 60 days. “It went from one extreme,” he said, in which the government required extensive and time-consuming vetting, to “just show me a birth certificate that she’s mom. We’ll take her word for it. We’ll let her go home with her kids.” Health and Human Services official Chris Meekins said in a court filing on Friday that the government had modified its vetting procedures to comply with the July 10 court order, but he warned that the more rapid process “materially increases the risk of harm to children” and could result in children being placed in abusive environments or with adults who are not their parents. Judge Sabraw disputed that assertion in a sternly worded order late Friday night, saying streamlined measures did not need to jeopardise child safety. He said parentage should still be verified and accused the government of “attempting to provide cover ... for their own conduct in the practice of family separation, and the lack of foresight and infrastructure necessary to remedy the harms caused by that practice.”

On Friday, Pablo-Cruz emerged from a New York shelter beaming and holding hands with her two sons, ages 15 and 5, after two months apart from them. During their separation, her lawyer said, 15-year-old Jordy and his mother had agreed to tell the younger Fernando that his mother was away from them because of work, thinking he would find that less alarming. When the family was reunited, Orochena said, Jordy engulfed his mother and sobbed for what “seemed like years.” Earlier, after learning that 6-year-old Jelsin Padilla had boarded his plane to Seattle and would arrive midday, his mother’s attorney was pleased but cautious. “This is a happy ending,” said Sanchez, “but we need to keep remembering there are so many parents out there that are still separated from their children.”