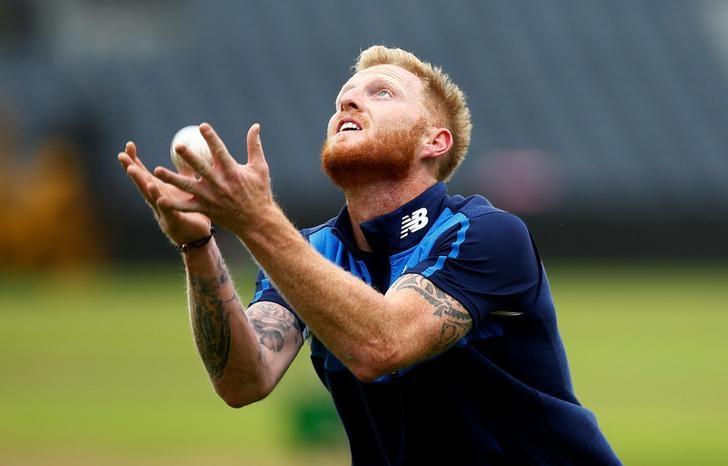 BRISBANE (Reuters) - England did their best to shrug off the omission of Ben Stokes from the Ashes tour squad but the world class all-rounder’s absence was felt keenly by the tourists in their crushing 10-wicket defeat by Australia at the Gabba. Stokes has been suspended since he was arrested on suspicion of causing actual bodily harm outside a Bristol nightclub in September and police continue to investigate the incident. News that Stokes had flown to New Zealand, his country of birth, fanned speculation he could be set for a recall, despite England’s cricket board saying the trip was “private” and not Ashes-related. Australian media, however, suspect it could be part of a plan to parachute him into the team for the third test in Perth if the result of the police investigation comes out beforehand. For all the headlines and attention a Stokes recall might generate, England would likely welcome him back with open arms, particularly after their struggles with bat and ball in the series-opener in Brisbane. For two days at the Gabba, however, Stokes’s absence seemed as if it would be nothing more than a footnote to the grander story of the first test. England’s rookie batsmen Mark Stoneman, James Vince and Dawid Malan, repelled Australia’s much vaunted pace attack to post half-centuries and drive their team to a first innings 302. It was a total, paceman Stuart Broad noted, England would have taken “any day of the week” at the Gabba, where no English side has come out on top since Mike Gatting’s team in 1986. STOKES-LIKE RESISTANCE Success with the bat carried through to the ball as the tourists’ bowlers reduced Australia to 76 for four on day two, but from there it became clear that veterans Broad and James Anderson could use a little help. Australia skipper Steve Smith did what he does best and rescued the side with an unbeaten 141, making light of England’s attempts to contain him by bowling a stubborn off-stump line and setting defensive field placements. A game-breaking wicket was needed but neither all-rounder Chris Woakes or back-up seamer Jake Ball looked capable of delivering it. The new batsmen who were feted for their first innings defiance quickly wilted in the second as the Gabba pitch quickened and a middle order desperate for a measure of Stokes-like resistance crumbled as England were skittled for 195. Anderson and Broad were promptly pressed back into service, no doubt too soon for their liking. While boasting nearly 900 test wickets between them, neither of the veteran pacemen could break David Warner and Cameron Bancroft’s opening partnership and the Australians ended up posting a record unbeaten stand in a successful run chase. Bancroft brought up the winning runs by smashing Woakes to the long-off fence twice to underline concerns about England’s change bowlers. For cricket writer Gideon Haigh, Woakes fell far short of filling Stokes’s shoes. “Chris Woakes is a plucky cricketer, mainly in English conditions. Yet having him stand in as a pace bowling all-rounder for Ben Stokes is like casting Hugh Grant as Hannibal Lecter,” Haigh wrote in The Australian newspaper. England’s seamers may enjoy more success with the pink ball in the first day-night Ashes test starting Saturday but the team’s soft middle order remains under huge pressure heading to Adelaide Oval. For the moment, England remain in a holding pattern until the result of the Stokes investigation is known. “Until that happens, nothing has changed,” director of cricket Andrew Strauss told British media on Sunday. “We’re in the same situation as we have been for quite a long time now.”